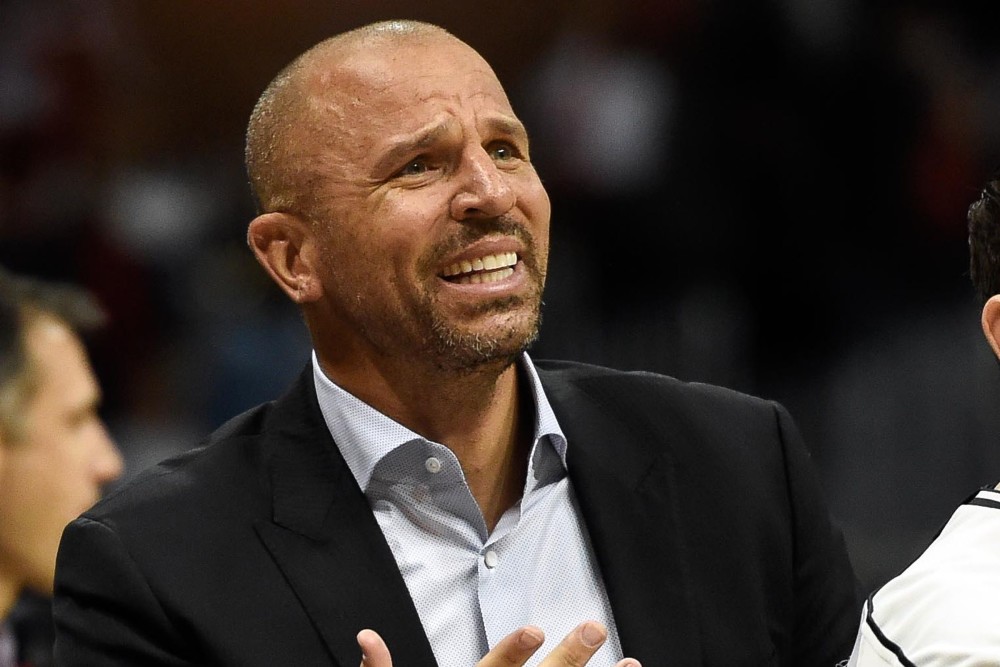 The Milwaukee Bucks could be looking for a new head coach this summer—Jason Kidd has reportedly worn out his welcome in Wisconsin.

Bucks GM John Hammond may also be on his way out.

Kidd is said to be on “shaky ground” with the ownership group.

Per the Racine Journal Times:

Two of the more significant changes could involve Bucks general manager John Hammond and Bucks head coach Jason Kidd. A year ago, there was considerable chatter Hammond would move on, only to see him receive a one-year extension. But several NBA sources contend Hammond will soon be relocating to another zip code — either being fired or leaving on his own volition.

As for Kidd, ever since his arrival in Milwaukee two summers ago, there have been whispers his coaching tenure wouldn’t be long and that it would only be a matter of time before he moved into the front office. […] But I’m told Kidd, who was brought to Milwaukee by one of the team’s tri-majority owners and close friend, Marc Lasry, hasn’t endeared himself to the rest of the Bucks’ ownership group. Some think Kidd’s arrogant, some think his heart isn’t into coaching and are miffed he took off a portion of the season for hip surgery when he could have done it in the offseason. Some, most importantly, question his coaching acumen and his player personal decision-making.

I’ve also been told by people close to the Bucks’ situation that Kidd, once the golden boy of the organization, is now on shaky ground. His future with the franchise is clearly cloudy, especially from a coaching standpoint when some highly-regarded and vastly more experienced coaches than Kidd are available. Can you say Tom Thibodeau?