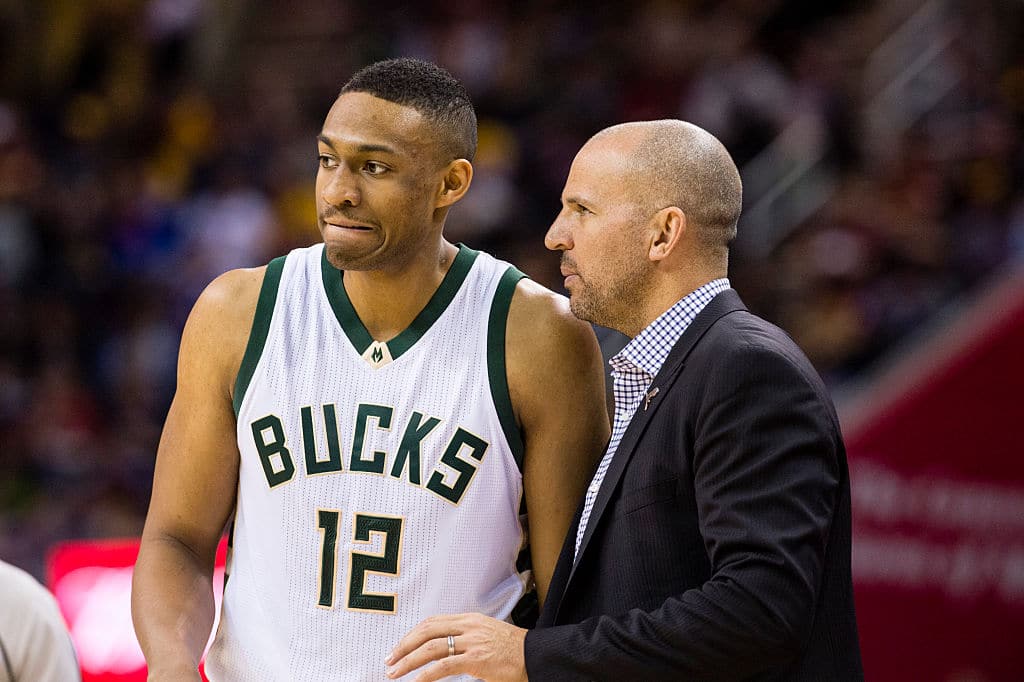 The Bucks canned head coach Jason Kidd, and according to a report out of Milwaukee, Kidd had attempted to trade Jabari Parker even before the devastating knee injuries.

Kidd didn't do himself any favors: https://t.co/XbEmIjptw9

Giannis Antetokounmpo was devastated by the firing, and credited Kidd with helping him become a dominant NBA force.

Per the Racine Journal Times:

One former Bucks player told me Kidd was “really tough on Jabari when I was there and he shouldn’t have been. He had no reason to do that. Jabari is a good kid.” And another former Bucks player claimed Kidd threw Parker under the bus when, after Parker had talked publicly in general and non-critical terms about a team meeting, Kidd disciplined him by not starting him the next game. Kidd told reporters his decision came after the players voted on the matter.

When I asked a Bucks player a short time after the incident if he voted to have Parker sit at the start of the game, he replied, “What vote?” When I asked another player about the so-called vote, he replied, “Well … it must be true. It was in the paper and whatever you read in the paper is right.” He then started laughing. That incident, several people close to the Bucks said drove a Texas-size wedge between Parker and Kidd.

But don’t believe for a second Kidd had issues solely with Parker, whom sources said he tried to trade even before Parker suffered the first of his two ACL tears. Kidd also butted heads with other players, including [Greg] Monroe.