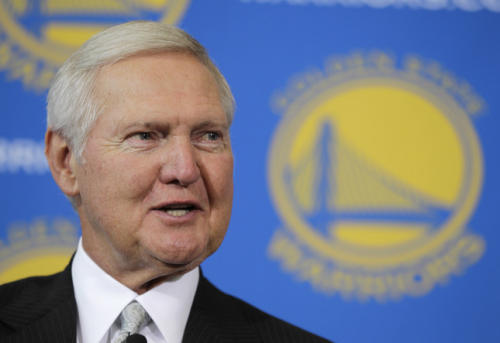 NBA legend Jerry West will reportedly stick around The Bay through the 2017 season.

The Golden State Warriors, who recently extended GM Bob Myers, reached an agreement with West (he has served in the role of executive board member as a part-owner since 2011.) Per the Mercury News:

West, 76, had told associates recently that he was thinking about retiring for good, especially after the chaos of the Warriors’ 51-win season and subsequent firing of coach Mark Jackson. But West also told friends that he remains passionately interested in making the Warriors a title contender.

Jackson and West were on chilly terms through most of last season. But team sources say the decision to move on from Jackson was made by Lacob and Myers.

According to multiple sources, West, along with coach Steve Kerr, was a leading voice in the team’s decision this summer not to put Klay Thompson into any trade offer for Kevin Love, who has since been traded from Minnesota to Cleveland.