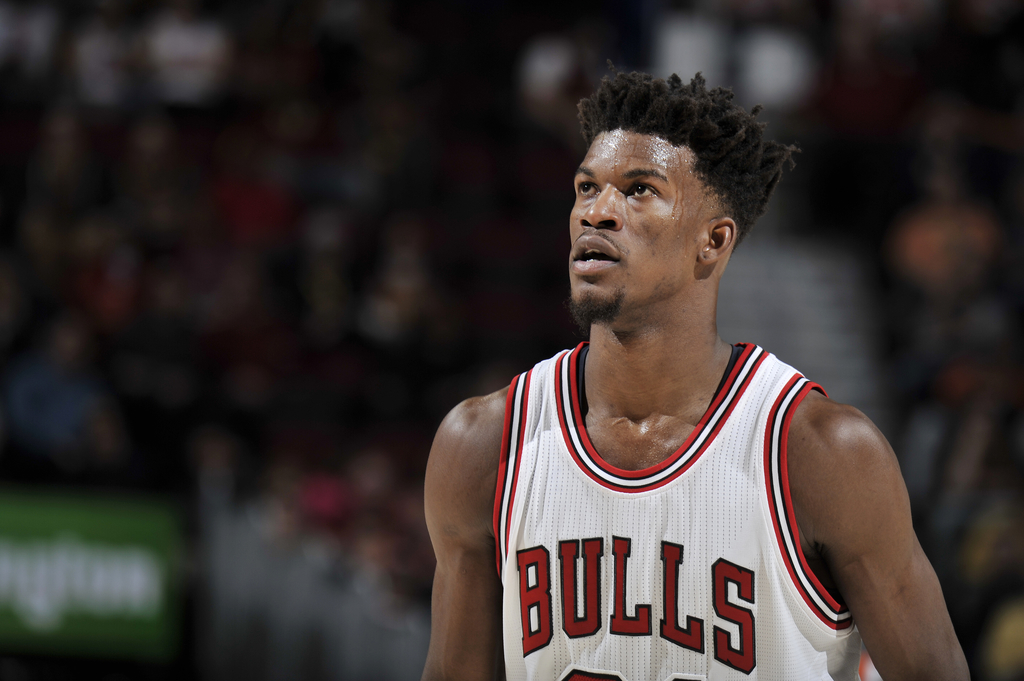 The drama surrounding the Bulls organization continues to unfold and a new report surrounding Jimmy Butler speaks to mistrust in the locker room and a strained relationship between player and management.

According to The Chicago Sun-Times, Butler has warned players not to talk around certain assistant coaches if they don’t want what they are saying to get back to GM Gar Forman.

From The Chicago Sun-Times:

Butler and other Bulls have had issues with the “spying’’ that goes on in the locker room. He warned new players that if they didn’t want Forman to hear criticism, they shouldn’t talk in front of certain assistant coaches such as Randy Brown.

The belief is that the Bulls love to gather as much ammunition as they can on players, so they can win the news conference when the breakup comes, whether it’s a trade or free agency.

The report also states that the issues between Butler and the front office date back to last spring when stories came out that accused Butler of being a “diva:”

Forget the contract stuff. Last May, Butler was irate after stories leaked out that claimed he had turned into a diva, and he believes the leaks came from the front office.

Butler thought Forman was a guy who “only shows loyalty to the top of the pyramid,’’ a source said then.

He addressed the issue in October, saying, “Am I a diva? I don’t call it that. My will to win rubs people the wrong way sometimes. I can blame it on that but won’t apologize for it. Never will.’’

Butler, however, describes his relationship with Forman as “very professional:”

Despite the problems, the Bulls blew out the Thunder last night behind 28 points from Butler.