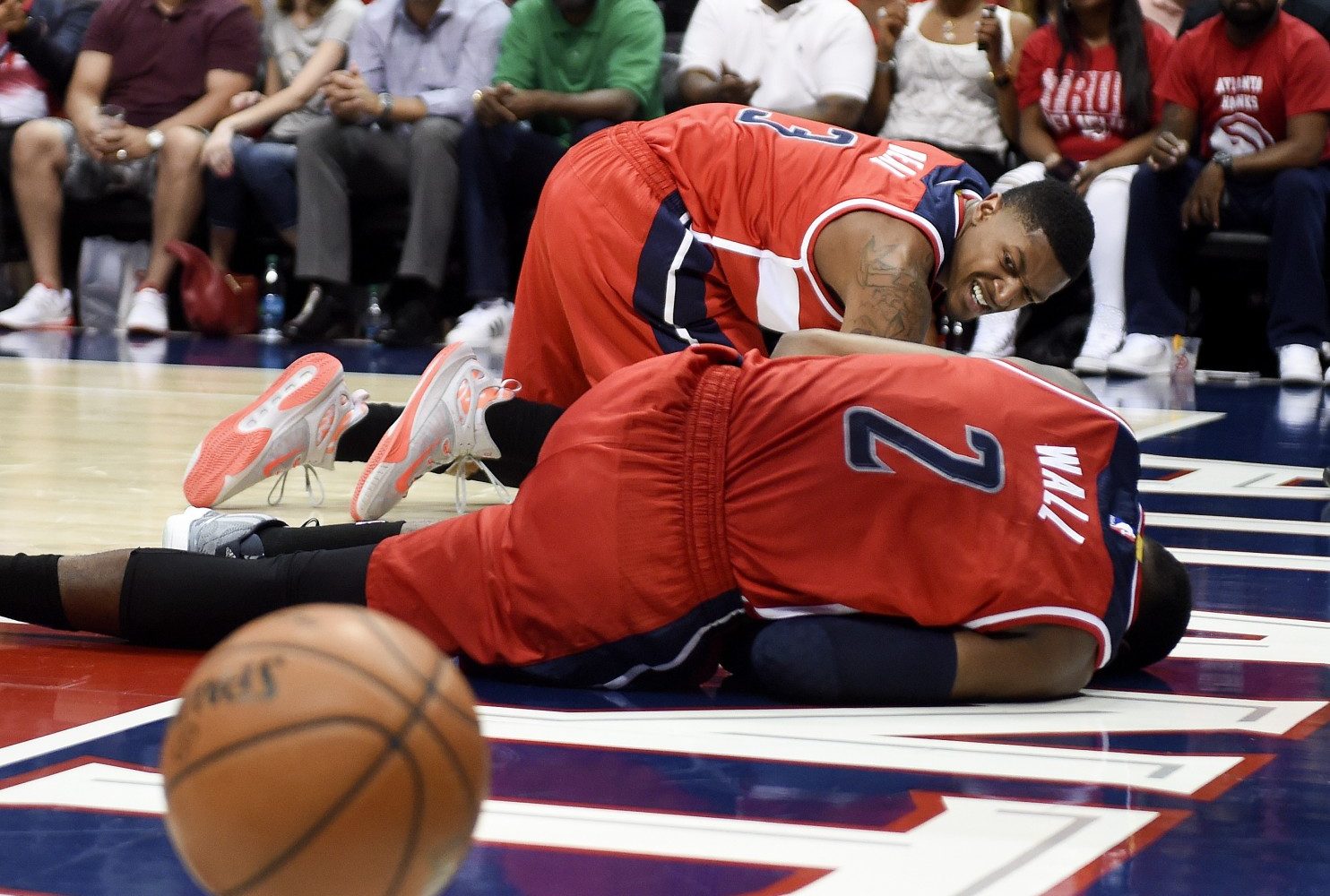 The Washington Wizards were dealt a potentially fatal blow Thursday, as news arrived that All-Star point guard John Wall has five non-displaced fractures in his left hand and wrist.

Without the explosive Wall in the lineup, the Wizards have gone 10-40 the past five seasons. And though they remain confident that they can beat the Atlanta Hawks in the second round of the Playoffs, Wall’s injury is devastating.

Wall had been no worse than the second-best player in the Eastern Conference this postseason, leading the Wizards to a franchise-record five straight playoff wins before an awkward fall caused his left hand to inflate like a blowfish. Barring Wall making a miraculous return, the Wizards’ best opportunity to reach the conference finals — and possibly the NBA Finals — for the first time since 1979 has been ruined.

Knowing what is known now — and what Wall feared at the time — how remarkable was that (18 point, 13 assist, 7 rebound-Game 1 performance)? It surely will go down as the grittiest of Wall’s career, no matter how it eventually plays out. Wall broke the same wrist as a sophomore in high school and immediately thought it had happened again. That was one of the reasons Wall, a player accustomed to falling with his relentless drives to the hoop, slammed the court in agony after getting accidentally undercut by Atlanta’s Jeff Teague. […] “I knew when I fell on it,” Wall said earlier this week. “You never know when you’ve got a lot of energy and power going down on the ground, so I thought I broke it. Kind of the same type of injury.”

Wall refused to accept the initial diagnosis of a “real, real bad sprain” after X-rays immediately following the game were negative. According to a person with knowledge of the situation, Wall clashed with team medical staffers before sitting out Tuesday because he felt something more serious had caused his hand to explode. After a few days of confusion and concern, Wall got the confirmation of bone fractures that he never really wanted, leaving fans of the team with broken hearts.