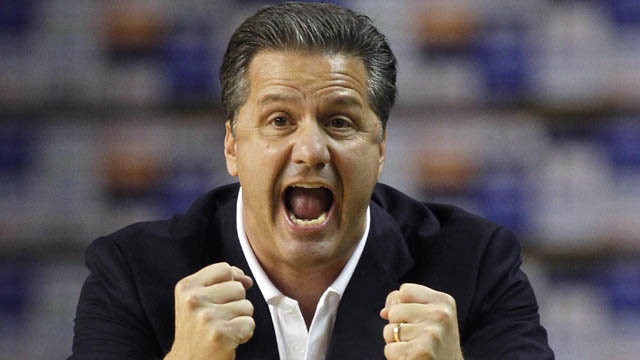 Kentucky coach John Calipari had a stint in the NBA from 1996-99. Calipari coached the then-New Jersey Nets to a 72-112 mark before being fired 20 games into the 1999 season. Of course, Calipari has bounced back since then—he’s killed it at Memphis and Kentucky and won a national title—but according to NorthJersey.com, Calipari’s lack of success in the NBA kills him. In fact, the one Nets front office official believes that Calipari “desperately wants” another chance in the Association.

The one name that could return the Nets to all of those things they thought they could be, that they seemed primed to be, is currently guiding the best college basketball team in the nation, a coach who crashed and burned with the Nets once already. The Nets can be saved by John Calipari.

“He desperately wants it,” the front office official said. “He won’t say it out loud. The NBA is the only place he’s ever failed and it drives him nuts. He’s not the same guy he was then. He came to the NBA and he wasn’t ready. He’s ready now.”

If it seems like grasping at straws, a big name to save the day, maybe it is. But NBA sources point to ties that are already in place. In the Nets’ struggles, the one person who has held the trust of Prokhorov is the man behind the marketing, the tireless Brett Yormark. While the product on the court has struggled, the branding of the Nets has been a blueprint for other franchises. While Calipari may have left some rifts when he was fired by the Nets, he remained close with Yormark.

Calipari would have little left to accomplish at Kentucky if the team finishes off the greatest season in NCAA history, unbeaten and marching toward a title. And in front of him lays his greatest recruiting coup.