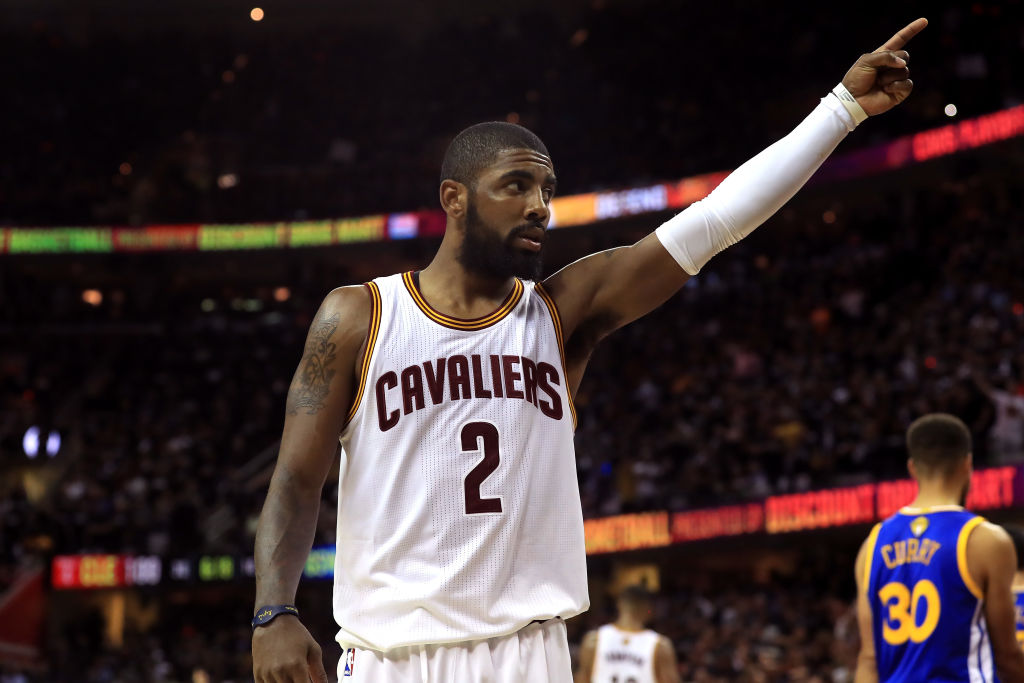 Kyrie Irving is looking for an exit from Cleveland, having reportedly grown “uneasy” about the Cavs’ future, which may or may not include LeBron James.

How Kyrie Irving is honoring a lasting legacy of LeBron James: The empowerment of the NBA star. Column on ESPN: https://t.co/SN95FEf4k4

Irving, 25, has two years remaining on his current deal, but recently informed team ownership that he wants out.

James is also widely expected to bolt from Cleveland next summer.

In registering his preference for a trade, league sources said, Irving divulged to Cleveland Cavaliers owner Dan Gilbert that he’s become increasingly uneasy about a future that includes a roster constructed to complement LeBron James — a roster that could be devoid of James come free agency in 2018.

With James refusing to commit to Cleveland beyond the coming season, and with the growing verdict that James is intrigued with pursuing a Los Angeles Lakers exit plan, Irving has become proactive in controlling his own career arc. The Cavaliers are constructed to play a slow, half-court game around James, personnel ill-suited to transition into an up-tempo style with Irving as the centerpiece. The Cavs are paying Tristan Thompson and J.R. Smith, James’ Klutch Sports clients, for significant deals, and those contracts won’t easily leave the Cavaliers’ books.

The Cavaliers have a singular tradeable asset: Kyrie Irving. Which he knows because Cleveland had included him in trade talks around the NBA draft, league sources said. Long before Irving voiced his desire to be moved, Cleveland had considered the possibility, too — and perhaps did so with a nod from James.

Irving has little, if any, voice on the franchise’s present — never mind its future. He has ideas, and he has come to understand: There’s one voice. It’s LeBron James. In a lot of ways, Irving understands it. James is the greatest player of his time, maybe ever, but everyone feels the end coming in Cleveland, and no one wants to be left to sort through the rubble. Dwyane Wade, a close friend, didn’t know until the final hours that James was leaving Miami. So what chance does Irving have to find out James’ plans before July 2018?