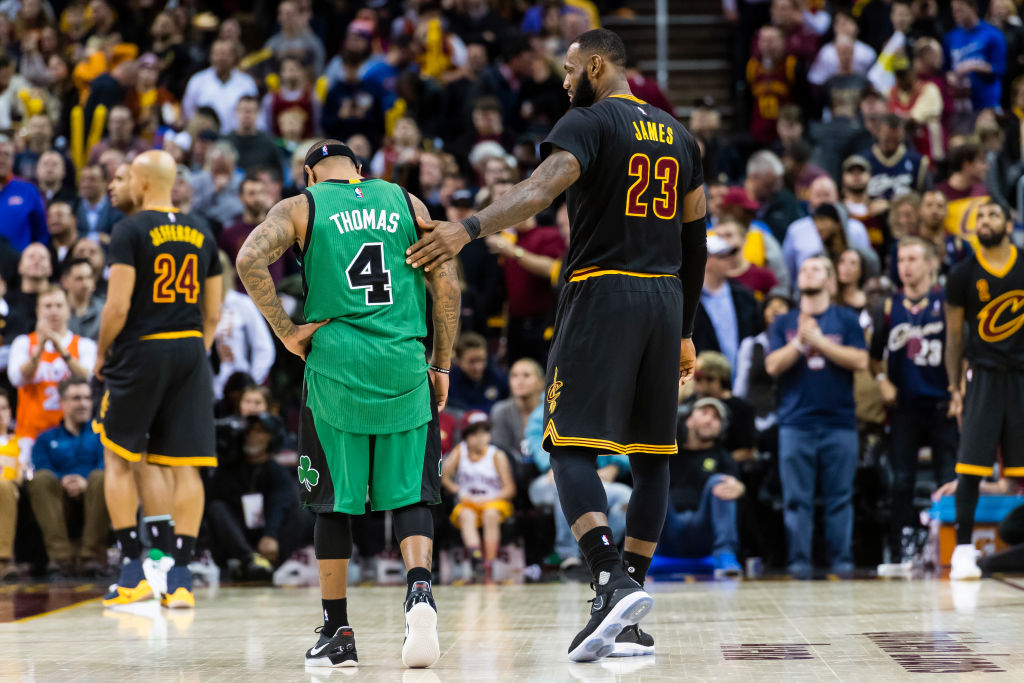 Prior to the completion of a blockbuster trade involving Kyrie Irving and Isaiah Thomas, the Cavs’ misgivings about I.T.’s injured hip came into sharp focus, and LeBron James is said to have “cooled” on the acquisition of the All-Star point guard.

Cleveland head coach Tyronn Lue is also reportedly not too jazzed about the transaction, which netted Jae Crowder, Ante Zizic, an unprotected first-round draft pick next year and a 2020 second-round pick.

One league source with an understanding of Cleveland’s situation told me that as news spread throughout the organization that Thomas could miss time deep into the upcoming season, James and Lue cooled on the deal. According to the same source, both the Cavs’ franchise player and their head coach were apparently told by upper management that Thomas and Crowder were being brought in to help the team compete with the Warriors now.

Thomas might be hurt, but the medical histories of the reported trade alternatives aren’t exactly encouraging, either.

There’s now a negative perception of Thomas—that he’s damaged goods as he enters an important contract year. But he can erase those fears with a productive and healthy season. The Cavaliers have become a team that, as one source put it, you don’t want to touch with a 10-foot pole given the way they’ve handled this situation. Meanwhile, the Celtics traded their team centerpiece who just months ago won the hearts of an entire fan base, playing a playoff game the day after his sister died.