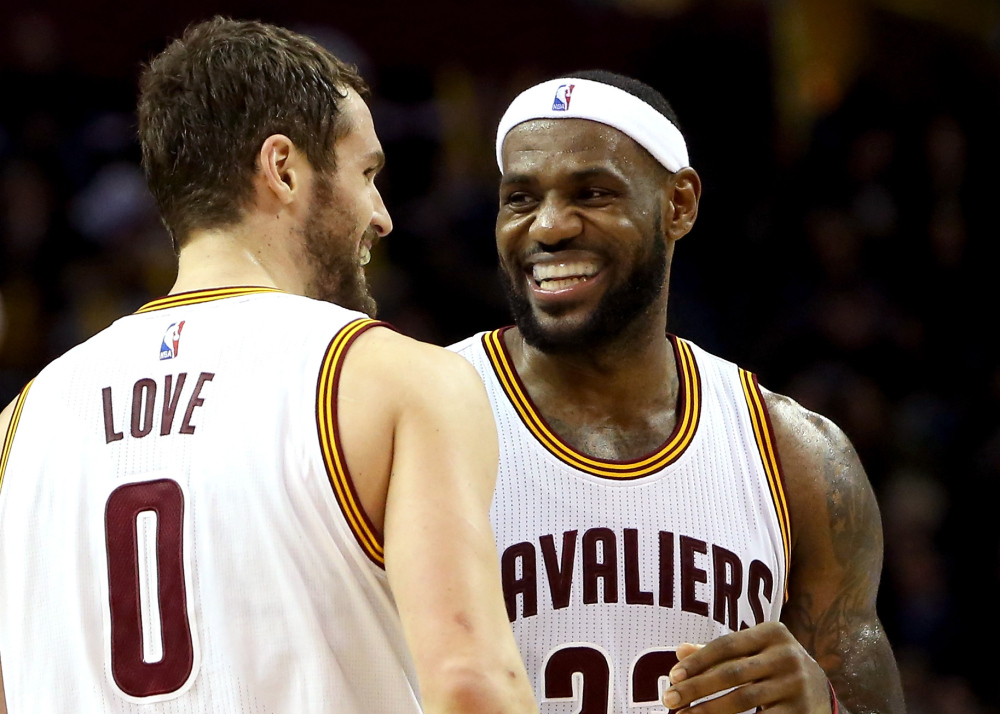 With very few (and hilarious—see above) exceptions, Kevin Love and LeBron James appear to be on the same page, and enjoying their working partnership quite a bit.

This was not the case last season.

Love was basically an outcast in Cleveland—this despite the fact that LBJ basically engineered his trade from Minnesota—and according to the Akron Beacon Journal, LeBron was not pleased with how poorly-conditioned the big fella supposedly was:

When Kevin Love and LeBron James met in Los Angeles prior to the start of free agency last summer, Love’s mind was already made up: He was returning to the Cavaliers. But in order for these two stars to coexist for the next five years, changes needed to be made. The relationship as it existed likely wasn’t sustainable. […] There were various reasons that contributed to it, many of which might never be known, but ultimately those within the organization will concede now that James was indeed frustrated with Love last season. Some of that is starting to change.

Yet from almost the moment Love arrived, the relationship seemed to sour. James went to great lengths to get him here, and now team officials concede James didn’t treat him very well once he arrived. […] In truth, James was frustrated in part because Love showed up out of shape. He didn’t work out much at all the summer he was traded here and he wasn’t the player James was expecting. His legs bothered him all season. His back was hurting. All of the parts were connected and none of them were firing properly.