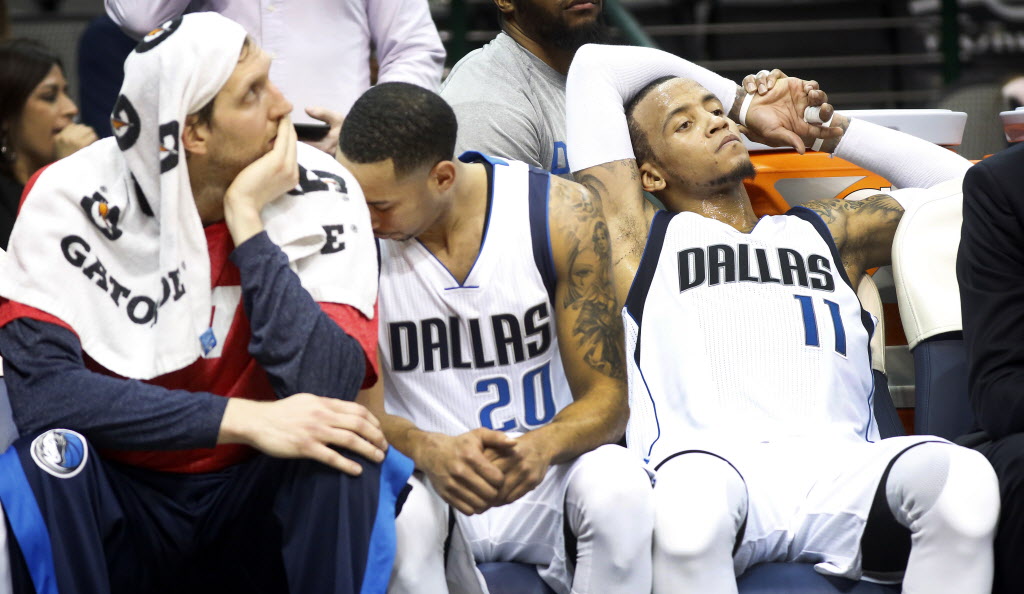 The Dallas Mavericks have lost two in a row, and shooting guard Monta Ellis’ confidence and shooting percentages continue to plummet.

Ellis is averaging 16.3 points on just 38.7 percent shooting since the All-Star break, and had his worst game of the season—shooting an ugly 4-for-22 from the field for 11 points—in Sunday’s disheartening 98-92 road loss to the Phoenix Suns.

Mavs head coach Rick Carlisle says he’s confident Monta will break out of his slump, but reportedly, there are growing concerns in Dallas about Ellis’ mental state through these struggles.

Per the Dallas Morning News and ESPN:

Carlisle said this loss and the Mavericks’ overall state of flux recently is “not a Monta Ellis shooting problem.” He’s right about that. The Mavericks have a collective lack of consistency in the effort department right now that is sabotaging them. […] “We got to get shots,” Carlisle said. “He’s the one guy who can get clean shots. He’s getting good looks and I always believe he’s going to make the next one. My responsibility as a coach is to make sure we get shots. We can’t go places where clear shots are not going to be generated. And he’s been too good in these situations all year long.”

Actually, the Mavs have multiple Monta problems, both short term and long term. To put it bluntly, he’s a pain in the butt who isn’t producing. […] The Mavs have no hope of making it out of the first round, regardless of their draw in the deep Western Conference, if Ellis doesn’t heat up. Then, assuming that Ellis opts out of the final year of his contract as expected, the Dallas front office has to figure out how much they’re willing to pay to keep an undersized shooting guard who will be 30 next season and has a history of rubbing his teammates the wrong way.

Regardless of whether anyone will admit it on the record, Ellis is a big part of that problem. Folks in the Mavs organization have been fretting for weeks about the impact Ellis’ moodiness has on the team’s soul. […] That, of course, isn’t a first for Ellis. He had trouble getting along with teammates during his tenure with the Golden State Warriors, who never won anything of note with Ellis as the go-to guy and made an addition-by-subtraction deal by shipping him off. The same was true with the Milwaukee Bucks.