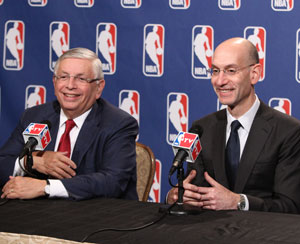 According to the Boston Herald, negotiations between players and owners will resume this weekend, in an effort to reach a deal before more games are chopped of the schedule: “After breaking off talks last Friday, the NBA and players’ union are expected to resume face to face negotiations this Saturday in New York, according to involved sources. We’re still awaiting confirmation from the league office, but sources say the plan is pretty much set. The sides have been working within their own groups for the most part in these last days, setting their positions and deciding whether they will move from their most recent offers — and, if so, by how much.”