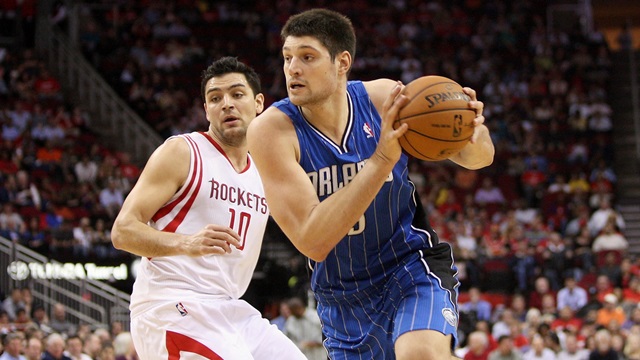 The Orlando Magic have reportedly agreed to terms with big man Nikola Vuvevic, on a four-year, $54 million contract extension.

Vuvevic, 23, was acquired from the Philadelphia Sixers to replace Dwight Howard.

He averaged 13.6 points and 11.5 rebounds during his first two seasons with the Magic .

Per Yahoo! Sports and the Orlando Sentinel:

The Magic had until the end of Halloween to reach an extension to avoid Vucevic becoming a restricted free agent next summer where he would have been one of the top big men on the market.

Vucevic, who turns 24 on Friday, will make $2.9 million in the final year of his contract this season before making an average of $13.3 million per season in his new deal.

Nik Vucevic: "I'm very happy. I can't really put it into words. But I still have to wait for everything to be finalized."