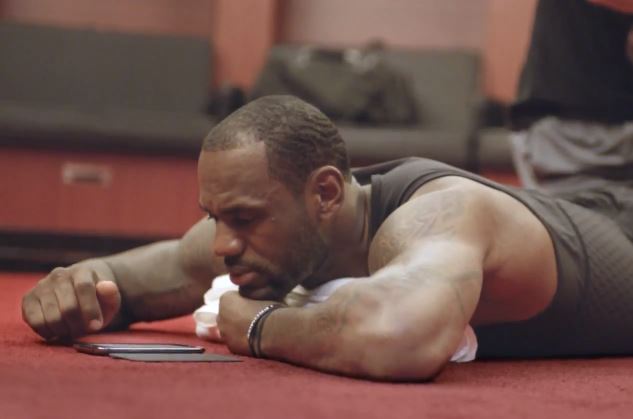 A quick stroll through LeBron James’ Twitter timeline reveals a mix of family photographs, updates on his foundation’s charitable work, and the occassional plugging of product releases from various corporate sponsors.

According to one business which studies this stuff, a single sponsored tweet from King James has a market value of just under $140,000 (or, $1,000 per character.)

James has the most lucrative endorsement portfolio in American team pro sports.

Opendorse, a company that specializes in executing and monetizing digital and social media campaigns for athletes, says a tweet from James, who has 23.2 million followers, has the highest value of any U.S. athlete. Each tweet from James has a media value of $139,474, the company said. […] “We’re basically saying that the value of one LeBron tweet is worth $140,000,” said Opendorse CEO Blake Lawrence. “And with that, you will reach 23 million people. It would cost you five times more to reach that many people with a TV ad.”

Lawrence said he brought a one-tweet, six-figure deal to LeBron’s team, which recently passed. […] “The big guys are looking for a fully integrated endorsement deal that includes social media,” Lawrence said. “But there are only so many athletes that can get that type of home run.”