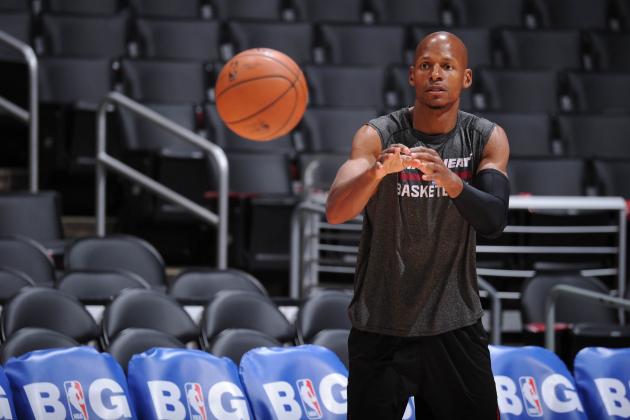 Plenty of contenders around the L have kept an eye on Ray Allen this season, and the legendary sharpshooter will reportedly pick one after the NBA’s All-Star break this month.

Allen, 39, has been taking meetings and staying in shape before deciding whether or not to suit up for his 19th season.

Allen, 39, still has not decided whether he wants to return for a 19th season but has been keeping in shape and doing on-court work to keep his options open. Additionally, Allen has been in contact with teams to explore his possibilities and may take meetings during the upcoming All-Star break.

Numerous teams have been staying in touch with Allen in hopes of signing him, including the Washington Wizards, Cleveland Cavaliers, Golden State Warriors, San Antonio Spurs, Miami Heat, Los Angeles Clippers and, recently, the Atlanta Hawks.

Allen’s potential role with a team is expected to be a deciding factor. He shot 39 percent from 3-point range and averaged 9.3 points while playing 26.4 minutes a game in 20 playoff games last season for the Heat after shooting 38 percent from 3 during the regular season.