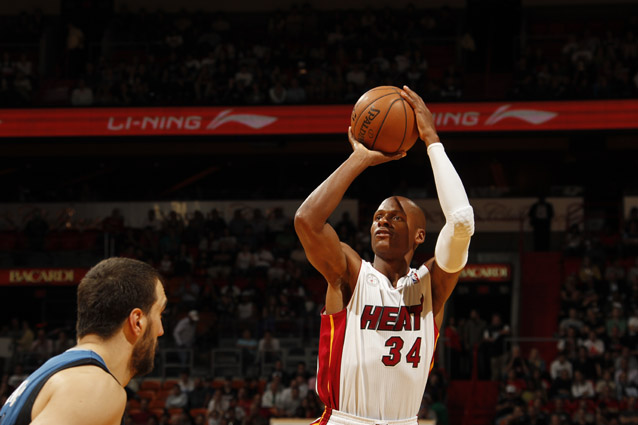 It looks like LeBron James and Mike Miller’s recruiting skills are working on Ray Allen, according to the Boston Globe. The sharpshooting veteran guard appears ready to put off retirement and sign on to play in his 19th NBA season:

Allen, who turned 39 Sunday, has been pondering retirement since the Heat lost in the NBA Finals to the San Antonio Spurs last month.

But James, along with ex-Heat swingman Mike Miller, who signed with the Cavaliers earlier this month, have been lobbying Allen to join them with the resurrected franchise.

Allen hardly looked as if he was ready to finish his career during the Miami playoff run. He averaged 9.3 points in 20 postseason games.