Report: Sacramento Kings to Try Out a Cherry-Picking Defense 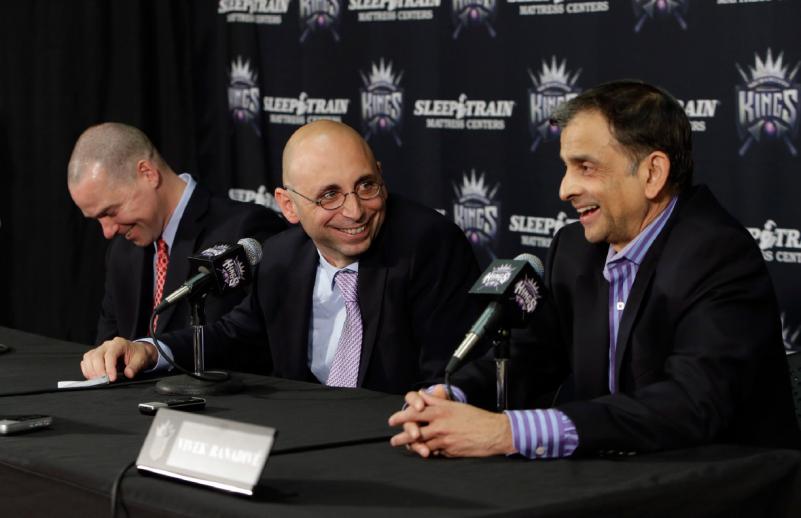 Now that head coach Michael Malone is out of the picture, Sacramento Kings team owner Vivek Ranadive is free to try out all of his craziest ideas.

Malone’s relationship with the front-office was doomed from the start — he was hired prior to general manager Pete D’Alessandro coming on board, a rarity in the NBA — and now interim coach Tyrone Corbin must carry out the marching orders.

Ranadive, despite having one of the best centers in all of basketball, wants the Kings to play fast, fast, fast. He also continues to push the idea of a 4-on-5 defense.

The front office-coach relationship became increasingly strained through the Las Vegas summer league in July, especially once Ranadive and D’Alessandro made a play to trade for Detroit forward Josh Smith, sources said. The owner told people outside the franchise that, no, his coach didn’t want Smith, but Ranadive didn’t care. He wanted Smith’s talent, and it was on Malone to make it work.

Most of the coaching staff struggled to believe Smith could fit with DeMarcus Cousins and Rudy Gay, and management differed. Talks with the Pistons shut down quickly, because Stan Van Gundy didn’t want to make the proposed deals, sources said. […] “The Smith situation caused everyone to take sides: Management against coaches, coaches against management,” a source said. “Things only got worse.”

How (George) Karl would deal with Ranadive will be fascinating, too. The owner played the part of a fantasy league owner, treating the Kings like a science experiment. He shared tactical experiences with Malone about coaching his child’s youth team, and pressed him to consider playing four-on-five defense, leaking out a defender for cherry-picking baskets. Some semblance of that strategy is expected to be employed with Corbin now, a source said. […] The Kings are constructed around a powerhouse post player, Cousins. They aren’t built to play fast, but this is ownership’s mantra. The Kings are playing a version of the fast-break game with their Reno affiliate in the D-League, and it’s a window into the owner’s futuristic vision for the Kings.