Report: Scott Brooks on the Hot Seat in OKC 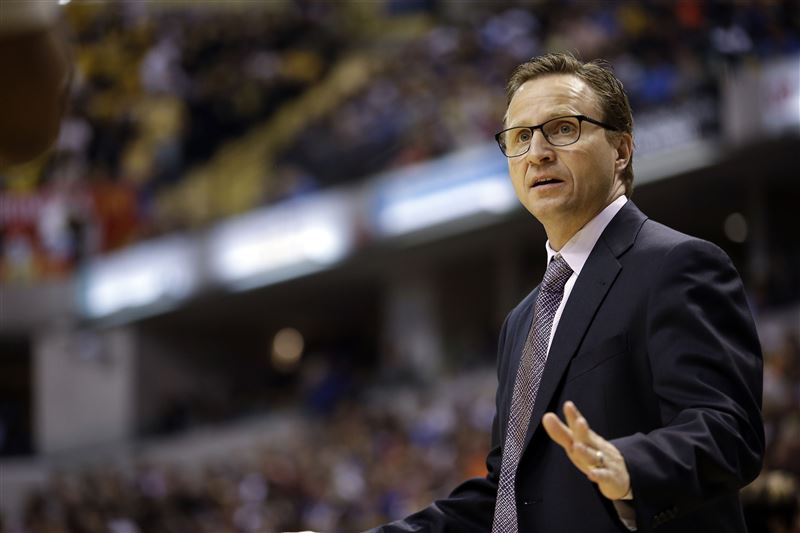 Russell Westbrook did everything humanly possible, but ultimately, he couldn’t drag the short-handed OKC Thunder into the postseason.

And now, head coach Scott Brooks’ job could be on the line.

The braintrust in OKC will reporteldy evaluate the long-maligned coach, in order to determine if Brooks—who has his deal guaranteed through next season, with the franchise holding a team option for 2016-17—is the right person to lead this team into the future.

With Kevin Durant’s free agency next summer hanging over everything like a dark cloud, this offseason will be a crucial one for the Thunder.

Oklahoma City missed the playoffs for the first time in six years on Wednesday, finishing 45-37 with superstar Kevin Durant lost for most of the year. Thunder general manager Sam Presti has to decide an organizational direction for the final year of Durant’s contract, and that will include a decision about whether Brooks is ultimately the coach most capable of delivering a healthy Thunder roster to a championship. Brooks is well liked within the organization and has forged close relationships with management and players in his seven years as head coach.

Several league sources close to Brooks have doubts about his job security.

If a change comes, University of Florida coach Billy Donovan could emerge as a serious candidate to coach Oklahoma City, league sources said. Presti has a longstanding friendship with Donovan, a two-time national championship coach who has been open about his interest in moving to the NBA. […] Connecticut coach Kevin Ollie would be a candidate for the Thunder’s coaching job if it opens, league sources said. Ollie was a teammate with Durant and Russell Westbrook in Oklahoma City and an individual whom Presti holds in high esteem.