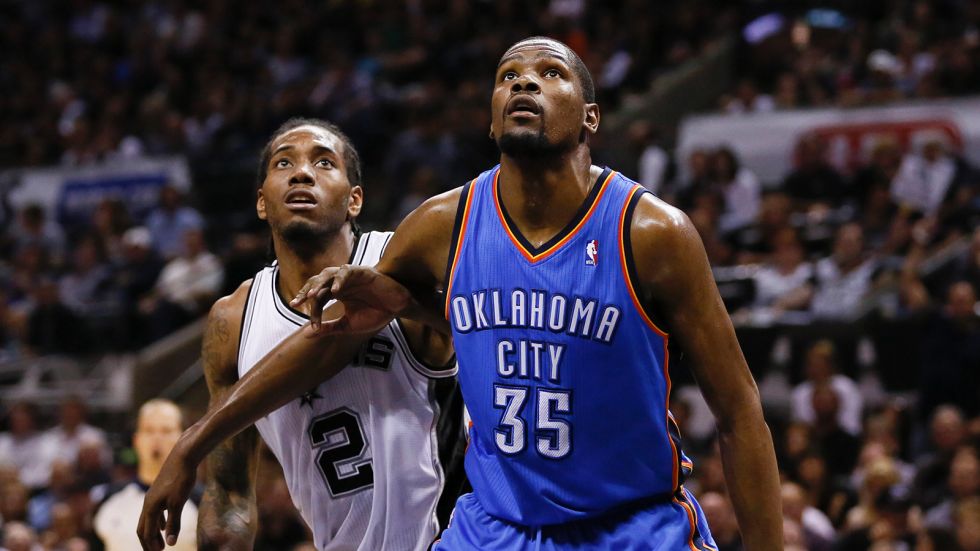 Kevin Durant, inadvertently or perhaps not, added fuel to the free agency speculation by pointing out how much he loves the city of Boston earlier this week.

One potential dark horse suitor for KD’s services this summer, reportedly, is the San Antonio Spurs.

Durant continues to insist that he’s perfectly happy in OKC.

Reclining in a cushioned chair Wednesday, hours before Oklahoma City’s 130-109 shellacking of the Celtics, Durant was unequivocal about his feelings for the supporting cast that surrounds him.

“Look, we like each other,” Durant said. “We like playing with each other. We like being around each other. Sometimes it comes down to basketball. Sometimes, X’s and O’s are the reason you lose games. It’s not always leadership issues or camaraderie issues; sometimes other teams just play better basketball than you. But we love each other.”

Still, so much remains unknown. The lure of playing with Stephen Curry and Klay Thompson has to be appealing, but would Durant really jump to a possible two-time champion, to a team that will never be his? San Antonio has rebuilt its dynasty, but rival executives believe the Spurs will explore ways of adding Durant to the mix, and the franchise’s culture makes it intriguing.