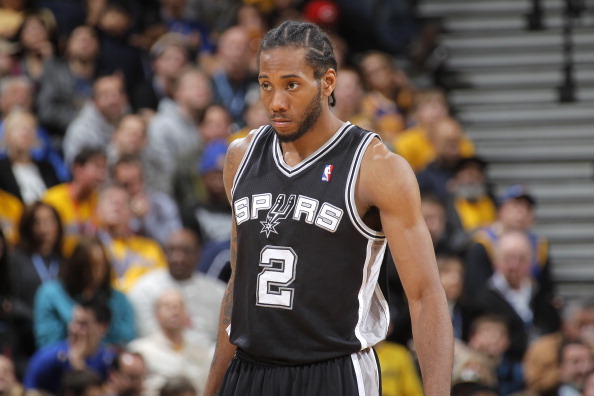 Reportedly, the Spurs would prefer to re-visit contract talks with the NBA’s reigning Finals MVP next summer, when the 23-year old will be a restricted free agent.

Others in the 2011 Draft class who continue to seek extensions prior to the Friday midnight ET deadline include Klay Thompson, Ricky Rubio and Tristan Thompson.

Leonard has been billed as the Spurs’ future face of the franchise for some time — long before he emerged as the star of San Antonio’s five-game destruction of the LeBron James-led Miami Heat in the 2014 NBA Finals — and had his agent, Brian Elfus, in San Antonio this week to negotiate with Spurs officials.

But sources say that San Antonio prefers to wait until the offseason to address Leonard’s future in the name of maintaining maximum financial flexibility.

That strategy does come with an element of risk, since Leonard is sure to attract max offer sheets of varying contract lengths on July 1, his first day as a restricted free agent. But the Spurs would have the right to match any offer Leonard gets next summer in that scenario and would be able to do so with a better feel about how much longer stalwarts Tim Duncan and Manu Ginobili want to keep playing. If the Spurs were to extend Leonard’s contract now, and then either Duncan or Ginobili — or both — decides to retire, San Antonio’s cap space to replace them would be lessened significantly. […] A contract before Friday’s deadline is thus considered far more likely for Klay Thompson, Rubio and perhaps even ‎Tristan Thompson.