Report: Suns’ Relationship With Eric Bledsoe Close to Being ‘Ruined’ 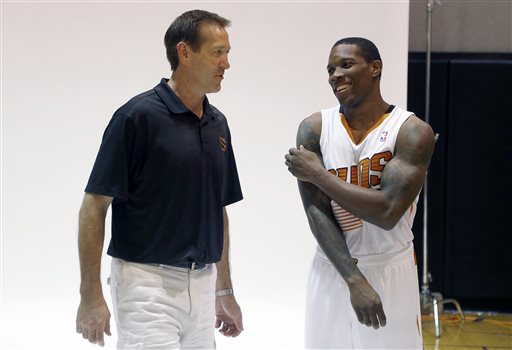 There’s growing tension between Eric Bledsoe’s camp and the Phoenix Suns. The restricted free agent guard, one of the rising stars in the NBA, is reportedly very unhappy with the Suns’ negotiating tactics this summer. Per CSNNW:

According to league sources, an “ominous development” has arisen with sides still “very far apart” in contract negotiations. It has even escalated to the point where the “relationship is on the express lane to being ruined,” a source with knowledge of the situation said.

The Suns offered Bledsoe a four-year, $48 million deal with declining salaries each year, two sources said. That proposal was quickly turned down. Bledsoe’s camp is putting a max price tag on the player Suns Head Coach Jeff Hornacek called “a Top-10 player in the NBA in coming years”, another source said.

Phoenix has made it known publicly and repeatedly that they intend to match any offer sheets competitors issue out to Bledsoe. This tactic has succeeded in scaring away any potential suitors so far. However, the effort by the Suns to undermine Bledsoe’s market is what has angered Bledsoe and his reps and led to a standoff in which the relationship is now on the verge of being irreparable, we’re told.