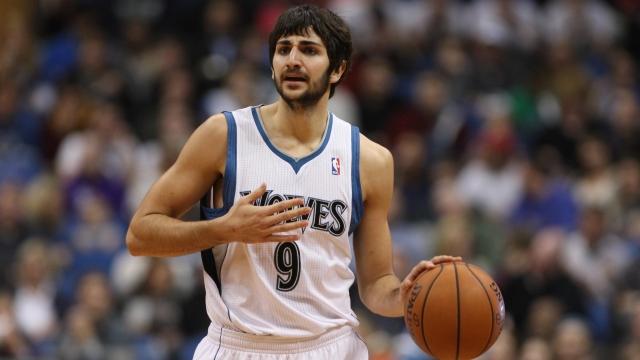 Publicly at least, Ricky Rubio and the Minnesota Timberwolves’ front-office have said all of the right things. Behind closed doors, things are more complicated.

Rubio’s camp is pushing for a five-year, max deal, but the T-Wolves aren’t willing to go higher than a four-year, $48 million offer.

If an extension isn’t signed by Oct.31, Rubio will be a restricted free agent next summer.

The exact amount Rubio could get with a max deal won’t be known until next year’s salary cap is announced, but as of now, it would shape up to be $85 million over the five years.

Obviously, that is a significant difference. The Timberwolves don’t want to give Rubio a five-year deal because they are only allowed to extend one player on the roster for a contract that long — all others must be four-year deals. With good young talent like this year’s top pick, Andrew Wiggins, on hand, general manager Flip Saunders doesn’t want to tie up his five-year extension in Rubio.

There’s also the question of performance. Rubio, a very good defensive player and a great playmaker, rates as second in the league in steals and fourth in assists. But he has not developed as a scorer, averaging just 9.5 points last season and shooting just 38.1 percent for his career. For all he does well, it would be hard to justify a max deal for someone who has just not gotten better offensively.