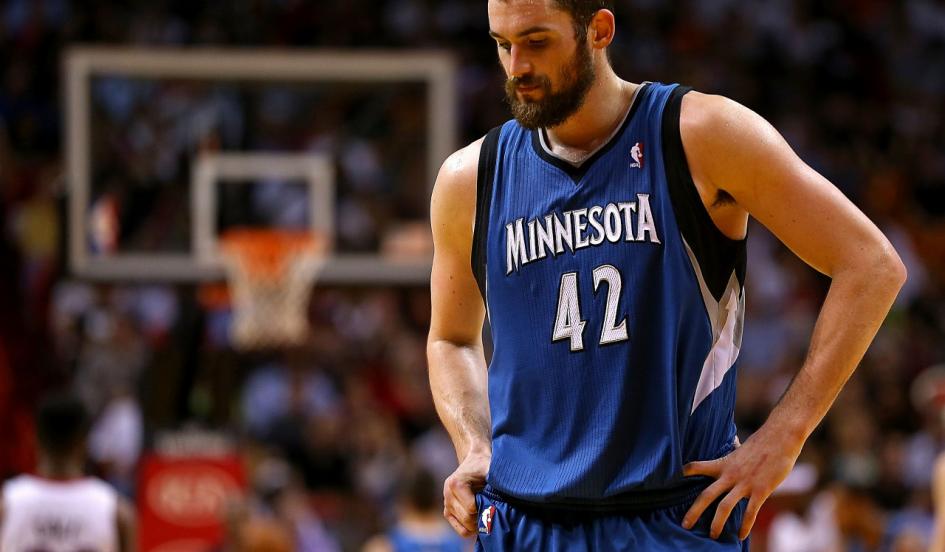 The Minnesota Timberwolves and Golden State Warriors are said to once again be discussing a possible swap for All-Star forward Kevin Love. Details of the negotiations are scant, but it’s no secret that Minny is looking for something big in return for the stud big man. Per the AP:

The two teams had been going back and forth with proposals involving Love since before the draft. But the Warriors’ reluctance to include shooting guard Klay Thompson in any package to Minnesota was considered a deal-breaker for the Timberwolves.

The Timberwolves also have been talking to the Cleveland Cavaliers, who so far have been unwilling to include Andrew Wiggins in any offer.