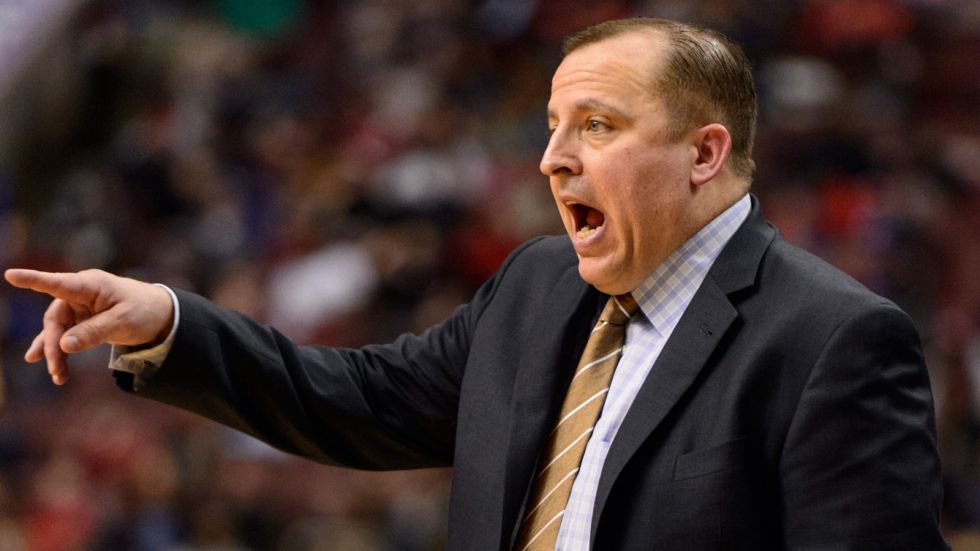 The Minnesota Timberwolves are in the market for a new head coach, and they’ve reportedly secured interviews with a pair of big names.

Tom Thibodeau recently sat down with T-Wolves owner Glen Taylor, and Jeff Van Gundy is said to be next.

Whoever gets the job will likely serve as both coach and team president:

The Minnesota Timberwolves are scheduled to interview former New York Knicks and Houston Rockets coach Jeff Van Gundy ‎on Monday in their fast-moving search for a new coach and face of basketball operations, according to league sources.

Sources told ESPN.com that the Wolves completed a similar interview over the weekend with former Chicago Bulls coach Tom Thibodeau, who broke into NBA coaching as a Timberwolves assistant during their expansion season in 1989-90.

The growing expectation in coaching circles is that the Wolves will choose either Van Gundy or Thibodeau to take over the team as coach/team president, with the ability to bring in a seasoned front-office executive to assist with day-to-day operations.