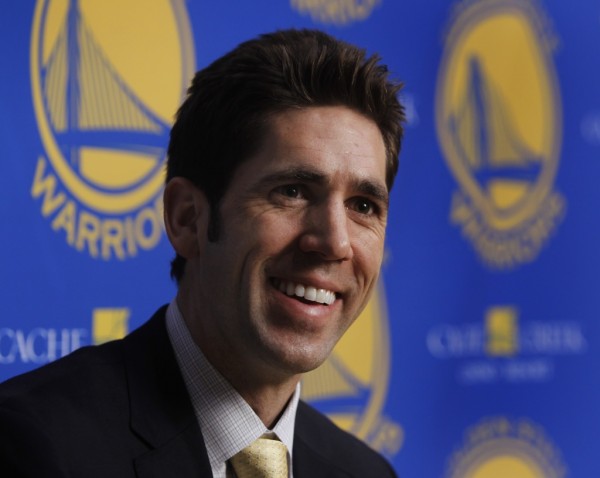 Myers, 39, was entering the final year of his deal; he was hired in April 2012, and helped bring on board new head coach Steve Kerr. Per the Mercury News:

This deal, agreed to more than a few weeks ago, is added on to his existing deal, bringing Myers and the Warriors’ commitment to a total of four more seasons.

With Myers and Kerr locked up long-term, and the team eyeing a move to a new San Francisco arena by 2018, the Warriors also are believed to be discussing an extension with executive board member Jerry West, whose contract is due to expire next summer.

There were reports of some tension within the front-office structure as the Warriors weighed the possibility of a trade for then-Minnesota star Kevin Love, who since has been traded to Cleveland. […] But throughout the process, Warriors sources insisted that (owner Joe Lacob) set up his hierarchy precisely to draw out strong opinions, with Myers and Lacob serving as the final arbiters, as they did when the team decided not to include Klay Thompson in any general offer to Minnesota for Love.