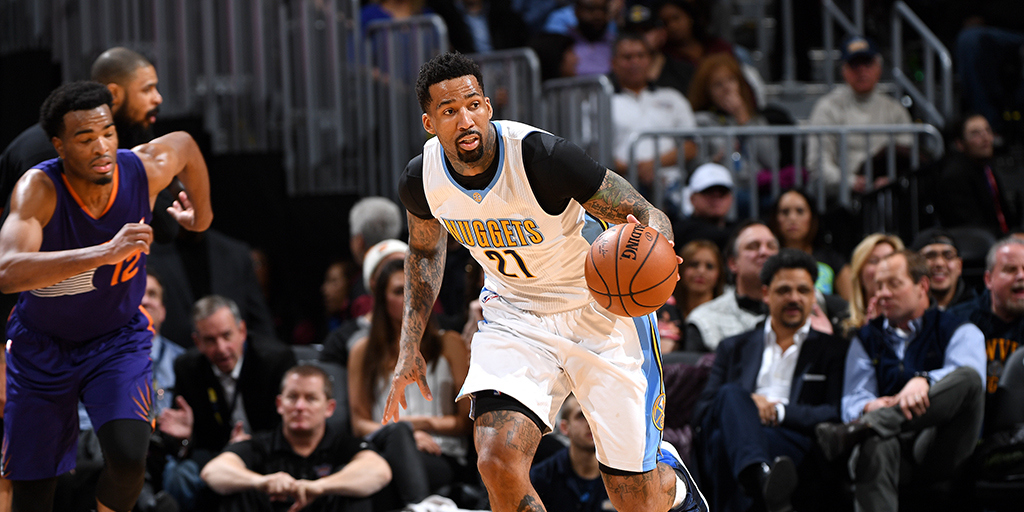 Finally healthy after missing all of last season due to a hip injury, Wilson Chandler is putting up career-high numbers for the Nuggets. But, a report from USA TODAY states that Chandler is growing frustrated with his role on the team and wants out.

According to two people with knowledge of Chandler’s situation, the player who came to Denver as part of the Carmelo Anthony deal six years ago wants to be traded. The people spoke to USA TODAY Sports on the condition of anonymity because of the sensitive nature of the situation.

Chandler’s frustration, according to the people, is born out of the inconsistency with his role. While he’s having a career year, averaging 15.4 points, 6.7 rebounds, two assists and 30.2 minutes per game for a 21-27 Nuggets team that is currently ninth in the Western Conference, he hasn’t started since Jan. 12 – a win over Indiana in which he had 22 points, eight rebounds, four assists, two steals and had a plus-22 rating.

Chandler’s desire to be moved isn’t the only trade buzz coming out of Denver. According to ESPN, the Nuggets are “quietly exploring” what they could get in return for Emmanuel Mudiay and picks.

The Nuggets are quietly exploring what they might get for Emmanuel Mudiay and multiple picks, sources say, but they’re in no rush to move Mudiay, and the Suns may not want him when they could simply draft a point guard.

The Nuggets are 21-27 and currently sit in ninth in the West.