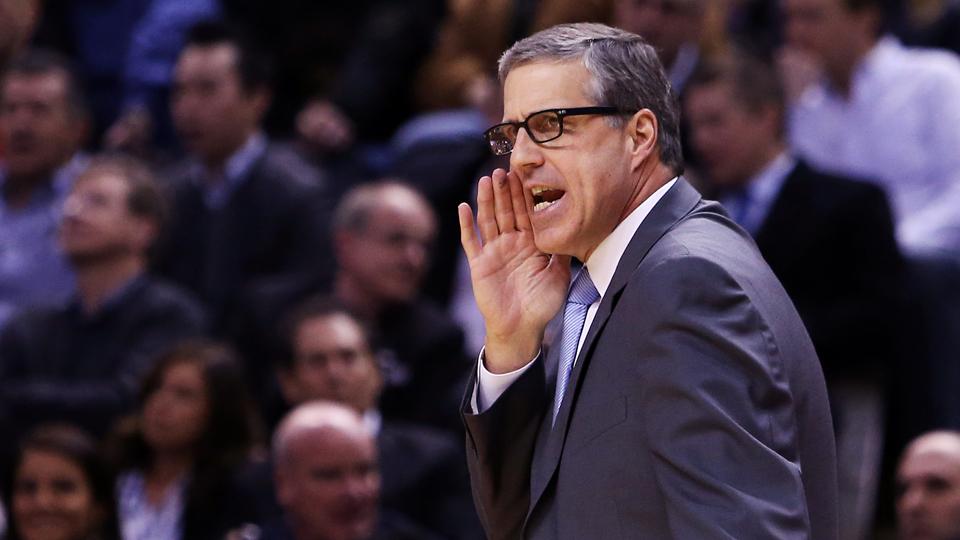 Randy Wittman’s tenure in Washington has reportedly come to an end—the Wizards are expected to part with their head coach.

Wittman has one more year on his three-year deal, but it it’s not fully guaranteed.

All-Star point guard John Wall—along with several teammates—and his soon-to-be ex-coach are said to be on pretty bad terms.

Wednesday will mark the end of Randy Wittman’s fourth full campaign and perhaps his tenure as head coach in Washington. Next season will be the third year of his three-year contract, which pays him more than $3 million per season. But it isn’t fully guaranteed and NBA sources say he is unlikely to return for the 2016-17 campaign. Wizards President Ernie Grunfeld has at least another guaranteed year left on his contract and is expected to return for his 14th campaign as the organization’s chief decision-maker.

Since taking over for the late Flip Saunders in January 2012, Wittman has amassed a 177-199 regular season record. He snapped the franchise’s five-year playoff drought with berths the past two seasons by getting the team, which was 2-15 when he was promoted, to buy in on his emphasis on playing better defense.

The Wizards accumulated a 12-9 record in the postseason under Wittman. They both concluded with six-game losses in the Eastern Conference semifinals. He was the first coach to lead the franchise to consecutive trips to the second round since Dick Motta in the late 1970s. […] The team’s ascension was supposed to continue this season, but it hit an unexpected snag as it unsuccessfully assumed a new up-tempo playing style while freeing salary cap space for this offseason. The defensive identity vanished, and the Wizards sank from fifth in the league in defensive efficiency to 15th and from second in opponents’ field goal percentage to 24th.