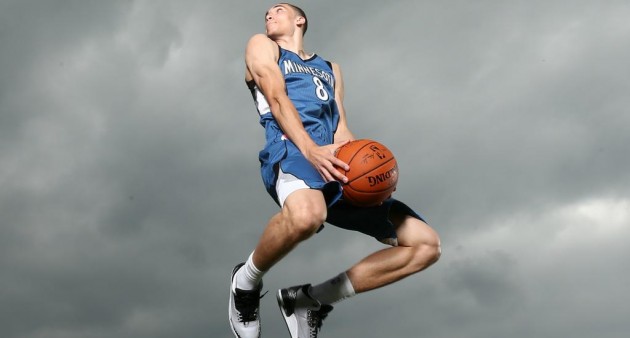 Unfortunately, we won’t see Andrew Wiggins in the NBA Slam Dunk Contest next month, but according to Yahoo! Sports, his high-flying teammate Zach LaVine will participate.

The Dunk Contest is the final and showcase event of All-Star Saturday night Feb. 14 at the Barclays Center in New York:

Antetokounmpo and Oladipo have emerged as the two most dynamic players from the 2013 draft class and separated themselves with their ability to play above the rim.

Antetokounmpo, known as the “Greek Freak,” is 6-foot-11 with long arms and massive hands, and has built a cult following for the Elastic Man quality to his dunks. Oladipo has been fast developing as a star for the Magic, and LaVine, 19, has a 44-inch vertical leap.

Plumlee high-jumped 6-8 in high school and was the runner-up in the McDonald’s High School All-American game dunk contest.