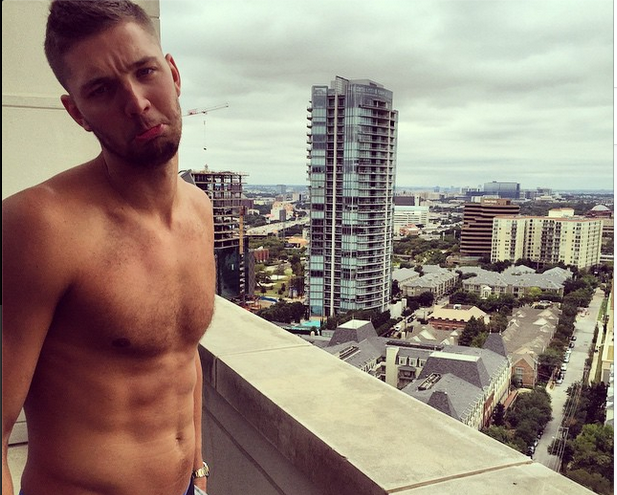 After Friday’s Mavs preseason game, Dallas coach Rick Carlisle said Chandler Parsons “looked tired and a little heavy-legged. And the extra seven or eight pounds aren’t helping. I don’t mean to call him out publicly. It’s just a fact.” Eeesh. However, he has apologized for saying that, and to make matters worse, Carlisle’s wife and daughter now follow Parsons on Instagram, where the forward recently posted a shirtless picture of himself to prove he’s not looking too bad these days. Ha! Via the Dallas Morning News:

And while he didn’t fine himself for his commentary, Carlisle did say that he received a proper penance.

Asked if they showed him the photograph on social media of a shirtless Parsons showing off his six-pack abs, Carlisle said: “Oh yeah, it’s great.”

[…] On Sunday, Carlisle’s statement said: “It was unfair and inappropriate to single out Chandler Parsons after the game. I have apologized to him and the entire team for this error in judgment. Not only is Chandler Parsons one of our best players, he is also one of our hardest-working players and the kind of high-character person we strive to bring to our city and franchise.

“I also made it clear to our players and staff this morning that this type of bad example is not acceptable and beneath the dignity of a championship organization like the Dallas Mavericks.”