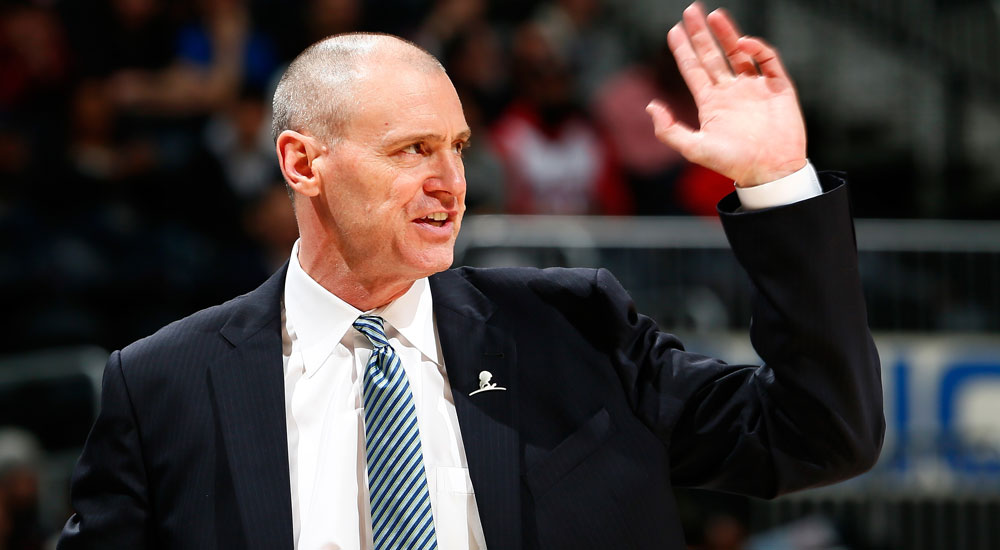 Don’t look now, but the Mavericks have beaten the Spurs and the Cavaliers in back-to-back games and have won four out of their last five. Though the team sits at 18-30, Dallas is only four games out of the eighth seed in the West.

Following last night’s win over Cleveland, Rick Carlisle offered up a critique of his team, saying that the are a “shit team,” but an “underrated shit team.”

From the Dallas News:

“It’s two really gritty performances,” coach Rick Carlisle said. “This is great to beat two teams like this. [Cleveland and San Antonio] are two of the top three teams [with Golden State] in the league. To win two games like this, it gives you energy. You don’t win these two games in two nights without staying the course and slugging it out.”

“We’re a shit team, but we’re an underrated shit team,” he said. “That’s about as accurately as I can put it.”

When told of Carlisle’s description of the team, Wesley Matthews reminded Carlisle that he’s “part of this shit, too:”

“I hope he threw himself in all that,” Wesley Matthews said with a big grin. “I’ll be sure to ask him about that. Wesley wants to make sure that Rick’s part of this [expletive], too.”

Related
Rick Carlisle: We’re Not In This For the Ping Pong Balls