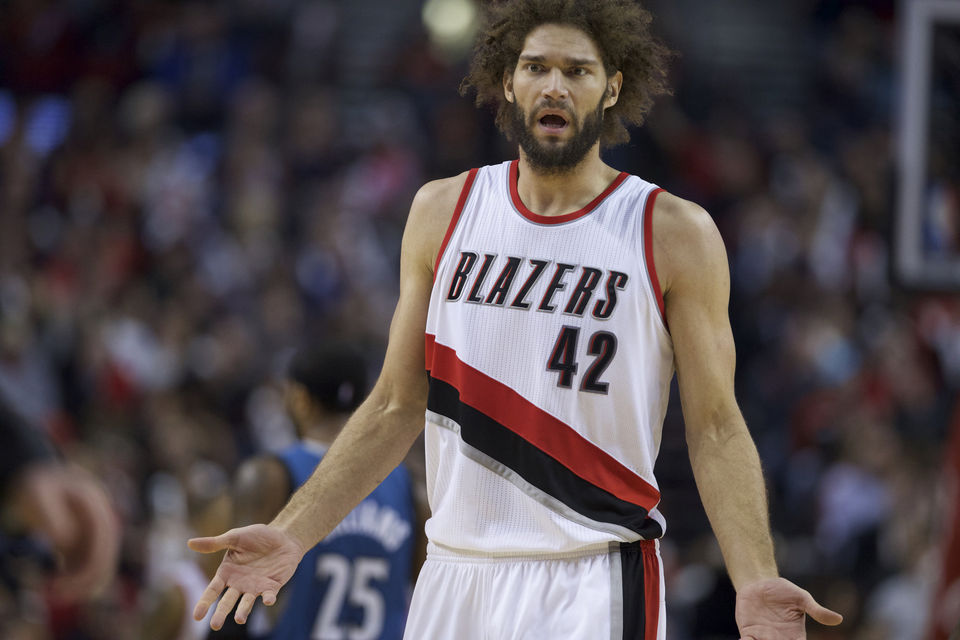 Robin Lopez has reportedly committed to inking a deal with the New York Knicks.

The only catch is, unlikely as it may be, if DeAndre Jordan spurns both the LA Clippers and Dallas Mavericks and somehow chooses New York.

ESPN sources say Robin Lopez has chosen Knicks over Lakers and will join NYK as long as DeAndre Jordan, as expected, chooses Clips or Mavs

The big fella averaged 9.6 points and 6.7 rebounds in 59 games with the Portland Trail Blazers last season:

If Lopez ends up in New York, he’ll be the second free agent picked up by Phil Jackson and the Knicks in the 2015 offseason. Earlier Thursday, New York agreed to a two-year, $16 million contract with Arron Afflalo. […] Assuming Robin Lopez inks a deal for $12 million a year, the Knicks would have approximately $7 million left over in cap space — not enough to pay a star.

Lopez is known as a strong defender and rebounder, two areas in which the 17-win Knicks struggled last season. The 7-foot center averaged 8.7 rebounds per 36 minutes last season, including 4.2 on the offensive end. […] The Knicks met earlier Thursday with Jordan. The team had not been informed of Jordan’s decision as of early Friday morning, but, prior to the meeting, sources said that the Knicks remained a long shot to sign Jordan.

He recorded 29 double-doubles and set a franchise record for offensive rebounds in his first season with the Blazers. He missed 23 games last season due to a broken hand suffered in December but still averaged 9.6 points, 6.7 rebounds and 1.4 blocks per game, anchoring Portland’s interior defense.