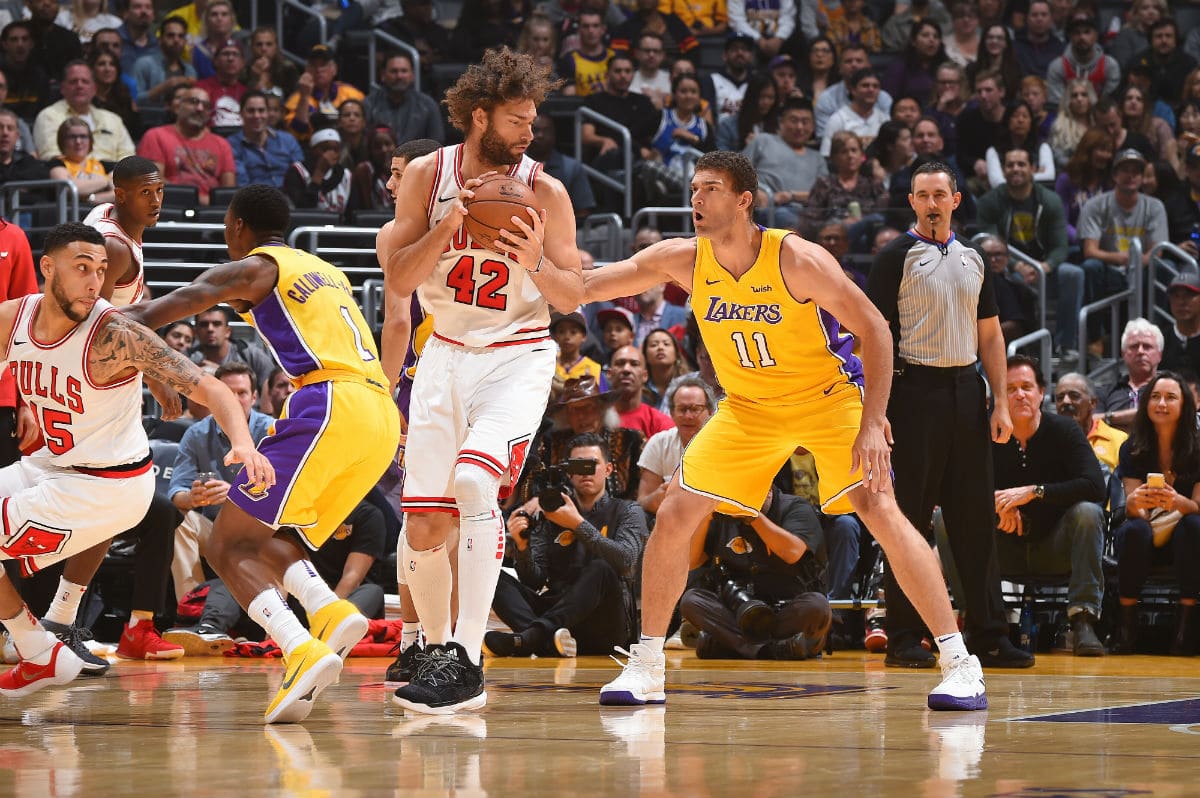 Asked prior to the matchup about his twin’s biggest weakness, Robin had a hilarious answer for the Chicago Tribune‘s K.C. Johnson.

In their one other meeting this season (which the Lakers won, 103-94), Robin had 14 points and 3 rebounds, while Brook notched 4 points and 9 boards.

RELATED
Some Fun Facts About the Lopez Brothers