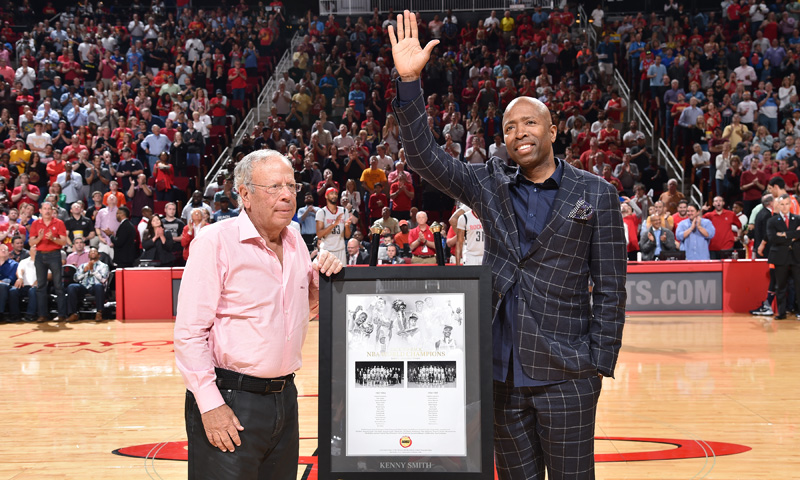 Ten-year NBA vet and Inside the NBA analyst Kenny Smith interviewed with the Rockets for their head coaching vacancy.

Smith, who won two titles as a player with the Rockets, said he had “a great meeting” with owner Leslie Alexander and GM Daryl Morey on Tuesday.

The Rockets have cast a wide net in their coaching search, having already interviewed with David Blatt, Mike D’Antoni, Sam Cassell Jeff Hornacek and the Clippers’ Chris Finch, among others.

From the FOX 26 Houston:

HOUSTON – Former Rockets guard Kenny Smith, who is an NBA analyst with TNT and a candidate to become the next head coach of the Rockets, said he had “a great meeting” with team officials on Tuesday.