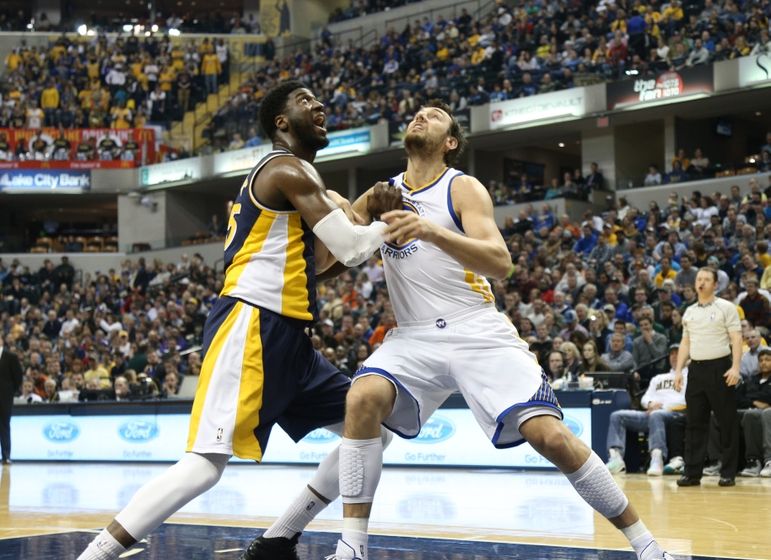 Looking to give his career a badly-needed jolt in L.A., Roy Hibbert has said and done all of the right things heading into the 2015-16 campaign.

The big fella, in an interview with TNT prior to the Lakers’ Thursday night preseason matchup with the Golden State Warriors, reported that he’s looking to model his game after Andrew Bogut.

Hibbert Wants To Be "The 7'2" Black Bogut." https://t.co/qIClQmoDse

Hibbert lost a considerable amount of weight during the offsesason (much like Bogut did), and wants to do all of the unglamorous yet important things the Aussie does to help his team win:

“What if I can be that cog like Andrew Bogut,” said Hibbert.

“Be the big guy who defends, rebounds and facilitates. And, you know, I can accept that role. We have great scorers, great young guys and you have the greatest player in Kobe Bryant. So, there’s not that need for me on that offensive end so much, but defensively just being a presence. I kind of like, see Bogut. I’m a 7’2″, black Bogut, I would say.”