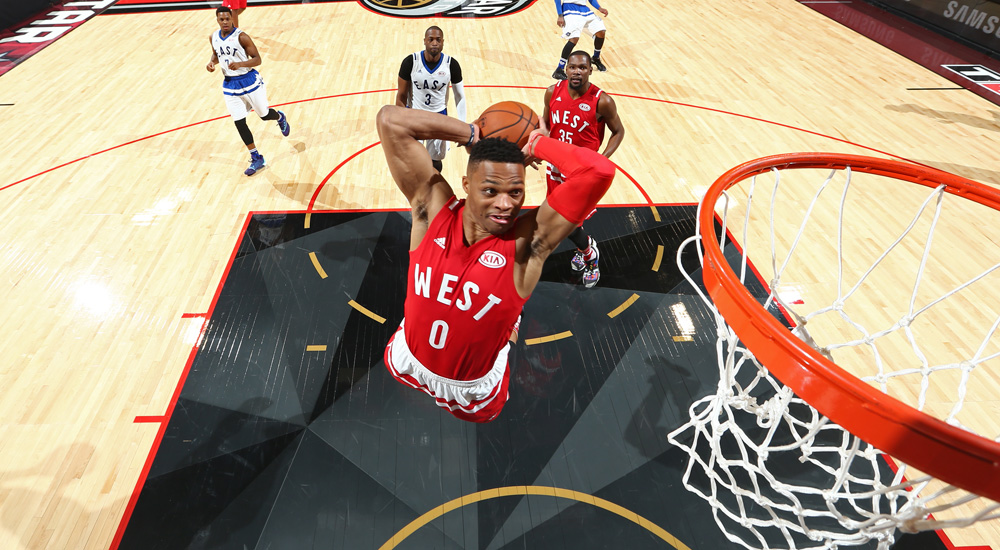 Westbrook led the West to an All-Star record 196 points. The East also broke the scoring record with 173. Paul George paced the East with 41 points and a game-high 9 three-pointers.

Kobe Bryant, playing in his 18th and final All-Star, finished with 10 points, 6 rebounds and 7 assists.