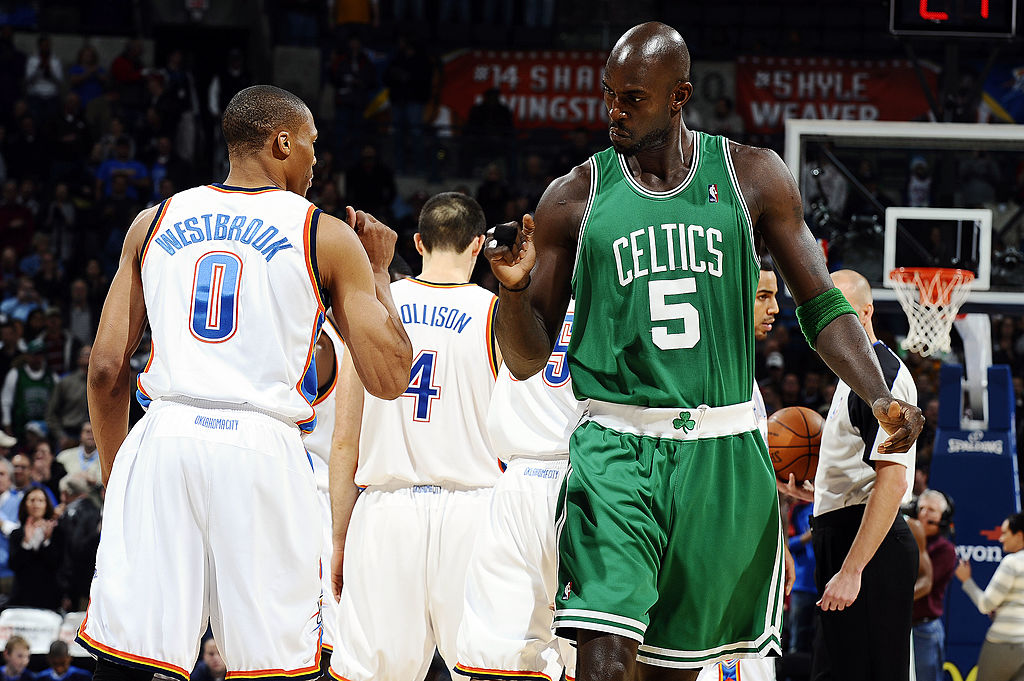 Kevin Garnett held a Q&A with fans Thursday afternoon, and was asked which current NBA player reminds him of himself.

KG replied that Russell Westbrook‘s relentless drive and take-no-prisoners approach to the game is something he can identify with.

We'll be collecting your questions for KG to answer at 2:30pm ET. https://t.co/tKvT5UIkZG pic.twitter.com/hbb9pgLwKX

Garnett says he is “in awe” of Westbrook.

“Well when I watch Westbrook’s energy, it reminds me of the energy that I thought I played with ’til I saw him play [laughs].

“He doesn’t do a lot of handshakes, he’s very focused, he’s to himself, he does his own thing. I was pretty much a little bit like that.”