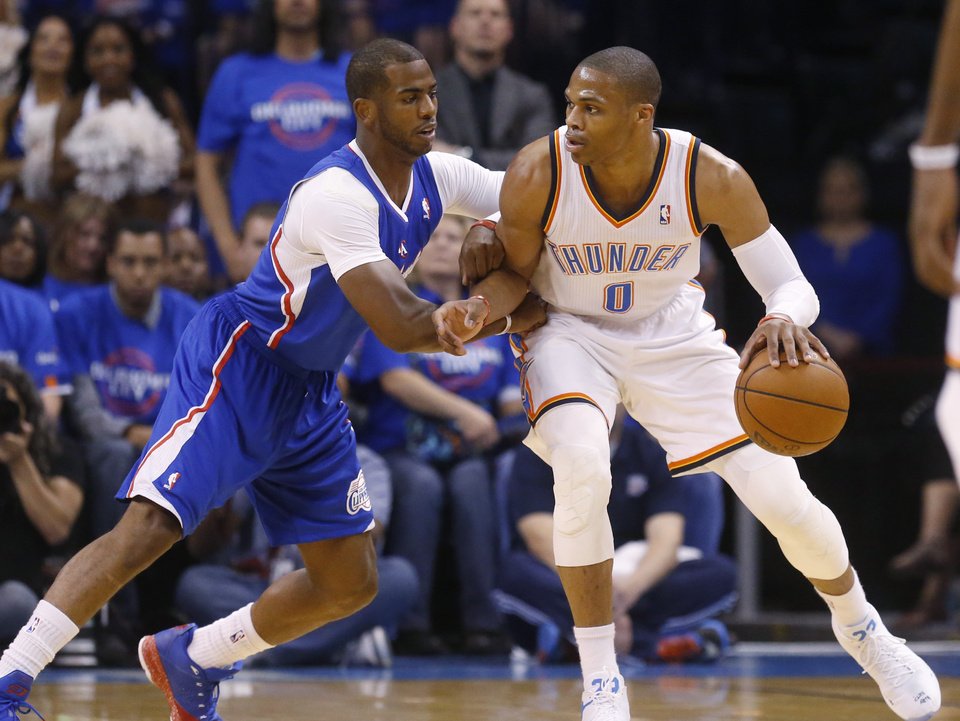 Westbrook is expected to increasingly take advantage of his otherworldly strength and athletic ability on the block against other guards this season.

Three plays, three Westbrook post-ups, six Thunder points. A 10-point lead spurted to 16. An opposing timeout was called to stem momentum and scheme an adjustment. […] “It’s another dilemma you can present to different teams,” Donovan said.

Westbrook has always had rare explosion for the point guard position. But three summers ago, he started strength training harder in the offseason with his father. Then he began studying how to best channel that core power into on-court post production, emulating a couple of the craftiest low-block guards. […] “Watching some of the older guys, Chauncey Billups, Andre Miller,” Westbrook said.

That 2012 summer also came with a trip to the Olympics. While competing for Team USA, Westbrook spent a ton of time with Kobe Bryant. Kobe has long said he loves Westbrook’s attack mentality and sees a lot of himself in the Thunder guard. That summer, he clearly imparted some of his post-up wisdom. […] “I learned a lot (from Kobe),” Westbrook said.