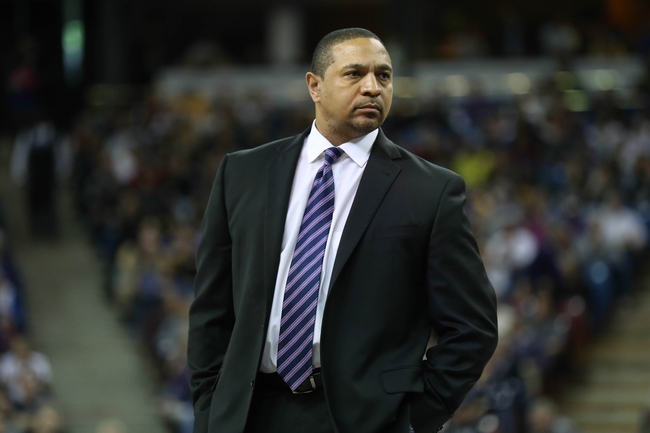 In the wake of head coach Michael Malone’s firing Sunday night, there’s been quite a bit of chatter about the job in Sacramento.

For now, Tyrone Corbin is the interim, but no one expects him to hang on to the gig past this season.

Late Tuesday night at Sleep Train Arena, after the Kings fell to the Oklahoma City Thunder 104-92, another possible candidate emerged in the most convenient of ways: former Golden State Warriors coach Mark Jackson. After calling the game courtside for ESPN, Jackson had a lengthy meeting with Mullin, Kings general manager Pete D’Alessandro and franchise centerpiece DeMarcus Cousins inside the “Chairman’s Lounge” where they had requested that arena workers and others give them some privacy.

Jackson, Mullin, and Cousins entered the room at approximately 10:20 p.m. Pacific time, with Cousins sporting a black suit as he continues to recover from his bout with viral meningitis that has kept him out of action since Nov. 26. D’Alessandro joined them approximately 20 minutes into the meeting, and the group finally exited just before midnight, long after the room had been cleared so that they could have a moment to discuss, well, connect the dots yourself.

The Jackson possibility was previously known, and the dynamics on display leading up to their meeting said everything about why the Kings might be seriously interested in bringing him aboard. According to one of the participants, Cousins expressed a desire to meet Jackson, whose ability to connect with his players during the last three seasons with the Warriors was a very real and valuable part of his successes there. And while his firing with the Warriors had everything to do with his inability to connect with owner Joe Lacob and management near the end, the deep roots that already exist here would clearly aid the potential partnership.