Sam Mitchell on Kobe Bryant: ‘I Hate Him’ 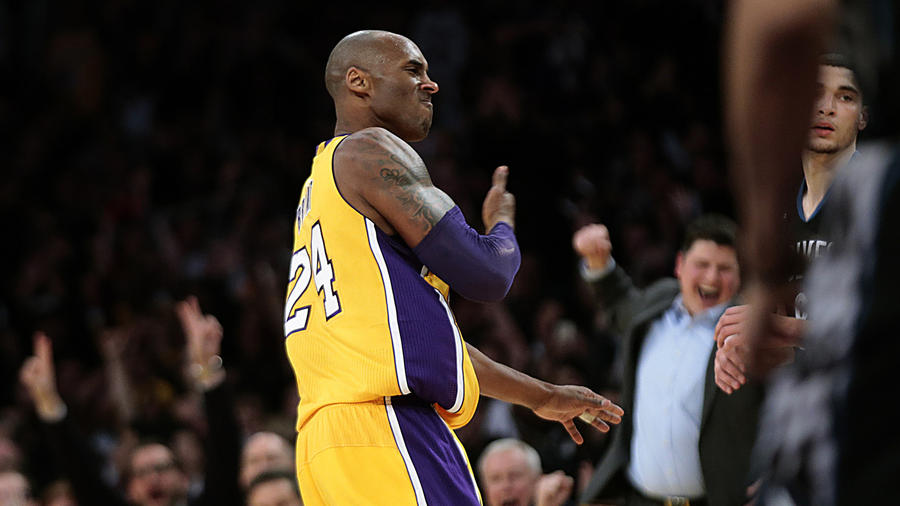 A decade has passed since Kobe Bryant delivered his 81-point magnum opus against Sam Mitchell and the Toronto Raptors, and the veteran head coach is evidently still salty about being on the wrong side of history.

Sam Mitchell on facing Kobe one last time: "Every team has good players."

The Minnesota Timberwolves coach joked afterwards that he hates The Black Mamba, which Kobe got a huge kick out of hearing.

Kobe Bryant on Sam Mitchell saying he hates him: "I say thank you for the hate and I knew the double team would be too late." #lakers

The 37-year-old legend enjoyed his duel with the ever-improving Andrew Wiggins (who had 30 points in the loss.)

Per the OC Register and AP:

After Wiggins, who scored 30 points, began to heat up in the fourth quarter, Bryant checked into the game and had a chance to defend him. […] “I was very impressed with his turnaround in the post,” Bryant said. “His first year in the league he was off balance with it, exposing the ball too much.”

After Minnesota took the lead in the waning minutes, Bryant put the Lakers back ahead with dramatic, back-to-back 3s. He also drained a 19-footer with 26 seconds left to put them up 113-110 before making six free throws in the last 16.7 seconds. […] “I appreciate the fact that he’s out there competing like he has for 20 years,” Lakers coach Byron Scott said. “His body can’t do it like he used to, but his mind is still as sharp as a tack. He still has that will, and I marvel at that.”

“Kobe just started making shots,” said Minnesota coach Sam Mitchell, a still-frustrated participant in Bryant’s 81-point game against Toronto in 2006. “I hate him. If I don’t ever see him again, it won’t be too soon. He doesn’t score too many points now, so everybody thinks he’s done and all that. He’s not the same Kobe, and he’ll tell you that. But there are nights when he’s feeling good.”