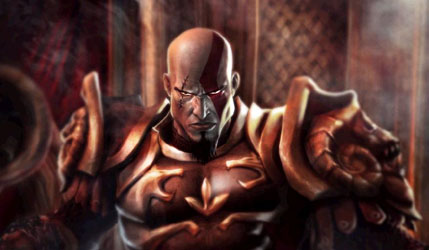 This week has been… interesting. The NCAA tourney has been competitive, but a year after the George Mason miracle as well as about 48 other upsets, it’s been pretty straightforward. This would be the time when the NBA season drags on, but Kobe changed everything. We’ve got Kobe-related material from everyone. I was looking forward to putting up one of my non-basketball Friday fun pieces, like the graphic novel I wrote about Khalid the Eagles fan. Right now it’s Kobe Kobe Kobe Kobe Kobe, and I understand that. But you know what? This following post will never be timely or even .000000001% meaningful on any level other than at this very moment right now. It has nothing to do with basketball, but if you are a gamer, you might enjoy it. Here goes.

In 2002 I worked at the U.S. Open for two weeks. I didn’t get paid much, but the money I made all went to one place (rapper style!). The purchase of a Playstation 2. If you’ve been coming to this website over the years, you know I love me some Madden, NBA 2K and Live, baseball, Grand Theft Autos, Shadows of the Empire, all of the platinum hits. But there is one game that stands above the rest. GOD OF WAR. The pinnacle of video game perfection for the PS2. (My favorite video game of all-time is Legend of Zelda: The Ocarina of Time for the N64)

The creators of God of War are animals. David Jaffe, you genius/sadist! For those of you willing to really nerd-out, David Jaffe is the Shigeru Miyamoto of God of War. A genius beyond casual understanding. The plot twist in God of War (a video game!) is one of the most messed up things I have ever encountered. If you have played it yourself, you understand. If you have not, I can not make you understand. You just have to live through the never-ending frustration of the quest to obtain Pandora’s box, and the resulting shocker. God of War has the graphics, storyline, violence, soundtrack, playability, replayability, escapism, realisim, the scale and size… It’s the perfect video game. But don’t take my word for it. These are rave reviews of the highest order.

When I first found out about the PS3 finally being street legal, my first question was “Are they making God of War II for the PS3?” If so, I would have bought one. Instead, they chose to make it the last great game for the PS2. I haven’t been playing video games much these days, and my PS2 has been accumulating dust. This weekend will be the beginning of my final journey into the world of PS2. My girlfriend is going out of town. Other than a party I’m going to, some elite 8, and some other stuff I’ve got to do, it’s me and Kratos this weekend.

Spartans are big right now thanks to 300, (Check out this Gilbert blog post, paying attention to what he wants his son to be like) and Kratos, your character from God of War, is like King Leonidas on whatever they used to smoke in place of crack back then. Leonidas had a sword, spear, and shield. He knew a few battle tricks. Kratos has the blades of chaos, which are two huge swords at the end of chains that are burned into his flesh. The decapitations are grotesque as you might imagine, only bloodier than that image in your imagination. He has other weapons and magic too. What’s that, you need a preview? Ok, your wish is my command.

The reviews I have read say the sequel is better than the original. My first reaction is to say impossible. But the raves about the first one were dead on. I have no idea what to expect, other than the war to end all wars, and I like that kind of intensity. Once I have conquered this game, after what should be who knows how many hours of frustration, I retire my PS2 forever. I’m getting emotional just thinking about it. Oh the hours/months/years I have spent sitting there with that little black box! I could list my greatest achievements and moments with that thing, but the depth of that list would be the most depressing and least interesting thing ever. Just know that I am sitting in my chair with a big smile on my face.

What is next for me? PS3? Wii? A more neutral Xbox 360? I do not know. What I do know is that without putting anyone on blast, some of these companies have been making half-hearted PS2 games and amazing PS3 games to try and force a guy like me to buy the next gen console. You might have won.

So, with that enjoy your weekend of college ball. We will know the Final 4 on Monday. And Kobe will probably have scored 120 more points by then.