There’s a proposal to build a new arena that could house both an NBA and NHL team in Seattle, but the Mariners don’t want the building to be in their ‘hood, fearing a loss of business and added costs. Reports the AP: “The Mariners sent a formal letter to the city of Seattle and King County officials on Tuesday opposing the idea of a new multipurpose arena in the same neighborhood as the Mariners home of Safeco Field. The letter, signed by Mariners chairman Howard Lincoln, cited concerns about traffic and scheduling of events taking place in an area that already features Safeco Field and CenturyLink Field — the home to the Seattle Seahawks and Sounders. […] ‘The proposed SODO location, in our view, simply does not work,’ Lincoln wrote. ‘It would bring scheduling, traffic and parking challenges that would likely require hundreds of millions of dollars to mitigate. We doubt that an arena could succeed financially at this location, given mitigation costs and necessary scheduling limitations. Without highly restrictive scheduling limitations, traffic gridlock would put all of the area’s teams at risk.’ The Mariners are the first and largest local organization to express its desire for Christopher Hansen to look at other site options for his proposed arena. Hansen, a wealthy San Francisco venture capitalist and Seattle native, owns land adjacent to the Mariners parking garage and has proposed a new arena that would cost between $450 and $500 million and would include $290 million in private investment. Hansen’s group would also be responsible for the purchase of an NBA franchise and finding a partner interested in bringing an NHL franchise to Seattle.” 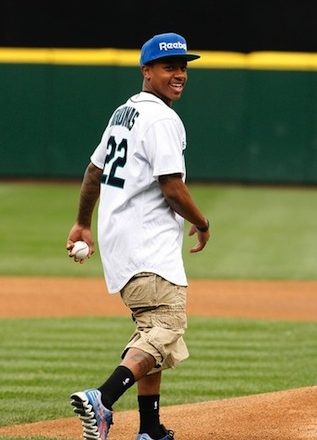