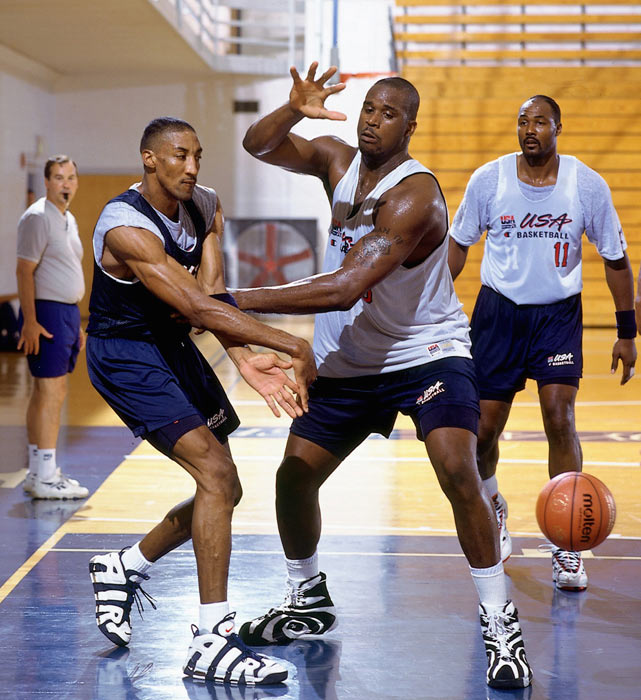 Shortly after Shaquille O’Neal stated that an all-time Los Angeles Lakers team would destroy the best Chicago Bulls lineup ever, Scottie Pippen waded into the debate Monday afternoon … and the Instagram war of words and crude Photoshops was on.

The two former NBAers duked it out on the keyboard, hilariously blasting one another for being sidekicks at various points in their Hall of Fame careers.

The famously petty Shaq wouldn’t let the silly fight end—he even childishly implied that Pippen is a woman. (*Sigh…*):

scottiepippen: Sorry @shaq but I don’t get caught up in hypotheticals. All I know is we won 6 titles, twice the amount you claimed while in LA…

shaq: Sorry @scottiepippen I don’t believe in hypotheticals either, but I seen most of those final you did ok , but this guy did most the work . #youwereok steve kerr and Ron harper deserve more credit than you , remember I WAS BATMAN YOU WAS ROBIN , I was PUFFY YOU WAS MASE…

scottiepippen: Speaking of being a sidekick… if I recall correctly you know a thing or two about that as well. @shaq