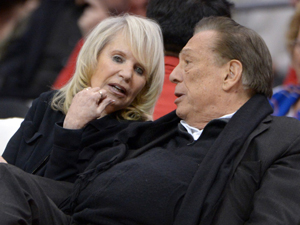 Shelly Sterling and her advisers received a handful of bids for the team Wednesday — with sources saying the bids are well more than $1 billion — in what is turning into a rush to find a buyer for the franchise before Tuesday’s Board of Governors meeting at which both of the Sterlings’ ownership interests could be terminated.

Reaching a sale agreement before Tuesday could be advantageous to the Sterlings because they could be part of the negotiations and even negotiate payment terms to potentially reduce their huge capital gains tax liability, which currently stands at 33.3 percent of the difference between the $13.5 million Donald Sterling paid for the team in 1981 and the final sale price.

If 75 percent of the league’s owners vote to strip the Sterlings’ ownership group, the Sterlings no longer can control the sale or the terms, although they would be entitled to the proceeds.

Despite the pace of the sale and seriousness of the buyers — sources said bidders were asked to post a $300 million deposit — Donald Sterling’s continuing opposition is beginning to worry several groups. The concern, one source with knowledge of the situation told ESPN, is that he is using this sale process to establish a value for the team so he later can sue the league for damages if forced to sell.

In the books given to prospective buyers, sources said, Shelly Sterling has offered to sell 100 percent of the team, which has been an important condition for the NBA.