Last Monday, rapper Meek Mill received a two to four year sentence in Pennsylvania state prison for violating his probation from a 2008 gun and drug charge. Earlier this year, Meek was arrested for popping wheelies on his dirt bike while riding in uptown Manhattan and for getting into a fight at a St. Louis airport.

The sentence has led to public outrage, and numerous petitions asking for PA Governor Tom Wolf to reevaluate the rapper’s sentence.

“(Meek’s) frustrated, really frustrated and knows he’s being treated different than anyone else,” Mill’s attorney Joe Tacopina told CNN in a phone interview Thursday. “If his name was John Smith, he wouldn’t be in jail and he certainly wouldn’t be on probation.”

In a letter written to Judge Genece E. Brinkley, and obtained by Sports Illustrated, Philadelphia 76ers co-owner Michael Rubin spoke on behalf of Meek and asked Judge Brinkley to reconsider her sentence.

Rubin writes that the rapper is “on the verge of becoming an outstanding citizen” and has been a “good son, a good father, and a loyal friend.” Rubin does note that the rapper has done “some dumb things in the past” and was “working hard to make things right.”

The full letter can be read below: 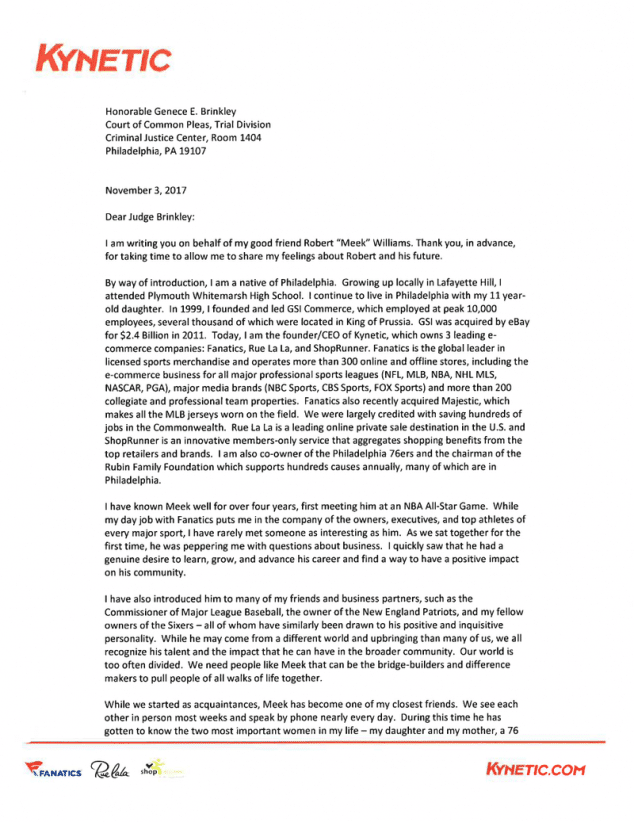 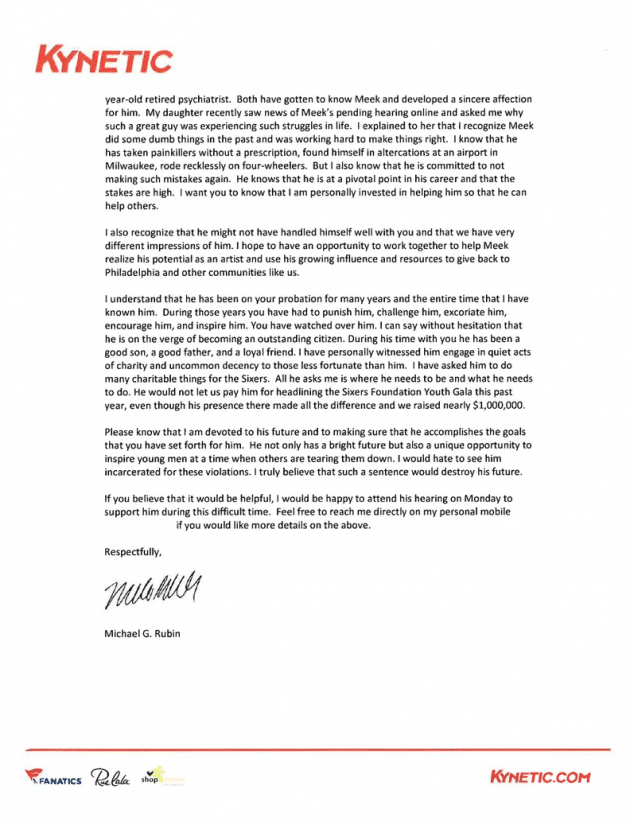 The Cavs Coaching Staff Listens To ‘Dreams & Nightmares’ Before Every Game 🔥

Meek Mill Advocates For LeBron To Join The Sixers 👑