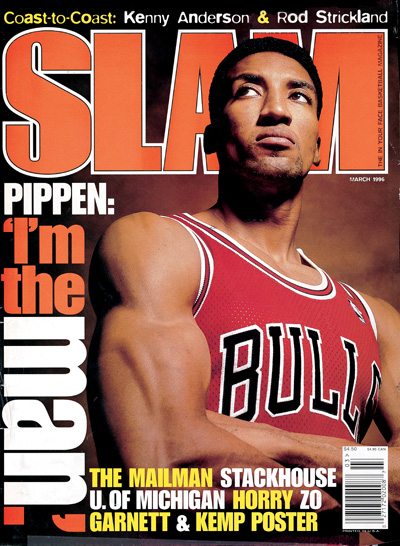 Every morning, before the staff and I start “discussing” the state of hoops, defusing letter bombs from angry Pacers fans, debating which Knick is the slowest, angling for Final Four tix-you know, an average work day-I pore over NBA box scores from the previous night. Every team, every player, every game.

And what I’ve noticed is this: 20-year-olds are posting up 19-year-olds one night before getting dunked on by seven-time All-Stars the next three. Which explains some things.

Joe Smith’s point scoring in a recent week. And I’m only singling out Smith ’cause he was the NBA’s No. 1 pick out of the University of Maryland last season. See, this is what happens when an athlete who should be learning at Gary Williams’ hip is getting hip-checked by Sir Charles Barkley on his way to the hole.

I’m not begrudging Smith whatever bank the Warriors gave him, though. If someone had come to me after two years of college and offered me millions to do my job, I’d have taken the money. And run.

Still, I can’t help but wonder how much more polished and physically strong Smith’d look if he, like Phoenix Sun Mike Finley (for example), had spent four years playing D-1 college ball.

And now I see a Tim Duncan and a Marcus Camby getting busy on ESPN and I think how nice either’d be if he stayed in college until after his senior campaign. Learning and growing. And Iverson? God help the Big East if The Answer stays around for a diploma.

Mike Finley’s point scoring over the same week. Which, you know, explains some things.