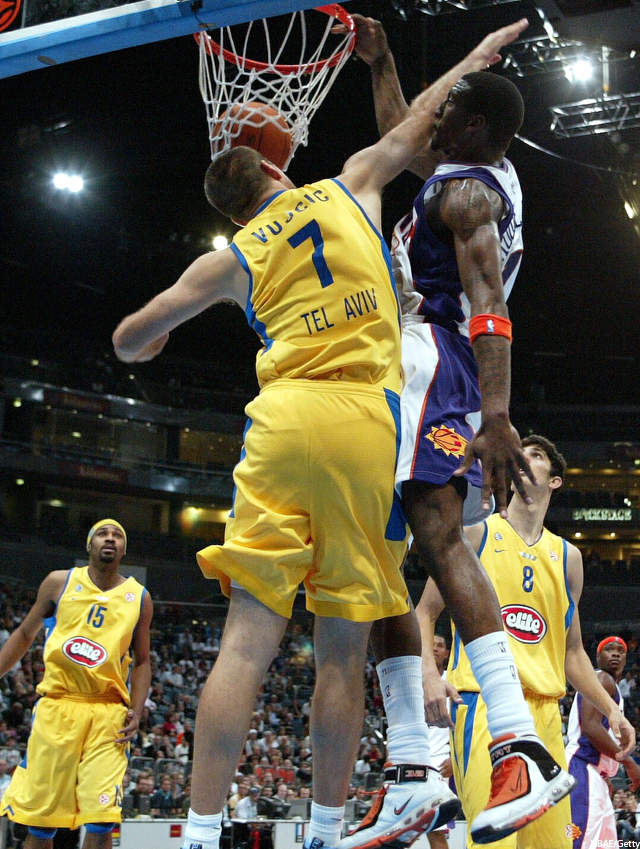 The specifics of this one—a mostly meaningless exhibition game between the Phoenix Suns and Maccabi Elite Tel Aviv, part of the global marketing push-slash-preseason-tournament known as NBA Europe Live—don’t really matter. The victim here, a 28-year-old Croatian cat named Nikola Vujcic, is apparently a pretty nice player (all-Euroleague the past two seasons) and has spent six years as a top contributor with the dominant Israeli club, but that really doesn’t mean much to us, either. No, this one isn’t about the occasion or the opposition as much as it’s about the guy doing the dunking.

Amar’e. Is he back for real? Does a moment like this clinch it? Or are we getting our hopes up only to have them dashed? We asked ourselves a lot of these questions last month, before we put Amar’e on the cover, a calculated if cautiously optimistic risk that we hoped and prayed wouldn’t backfire. Some of that was selfish, of course—having some hobbled superstar on your front page doesn’t sell a lot of issues—but mostly, we were concerned about a kid whose hard-knock upbringing and unlikely path to stardom deserve a better ending then his balky knee was threatening to write.

Then we saw this. It’s early, we know, but seeing Amar’e get up and throw down like this brought smiles to our faces. And if Nikola Vujcic didn’t share our enthusiasm, all the better.