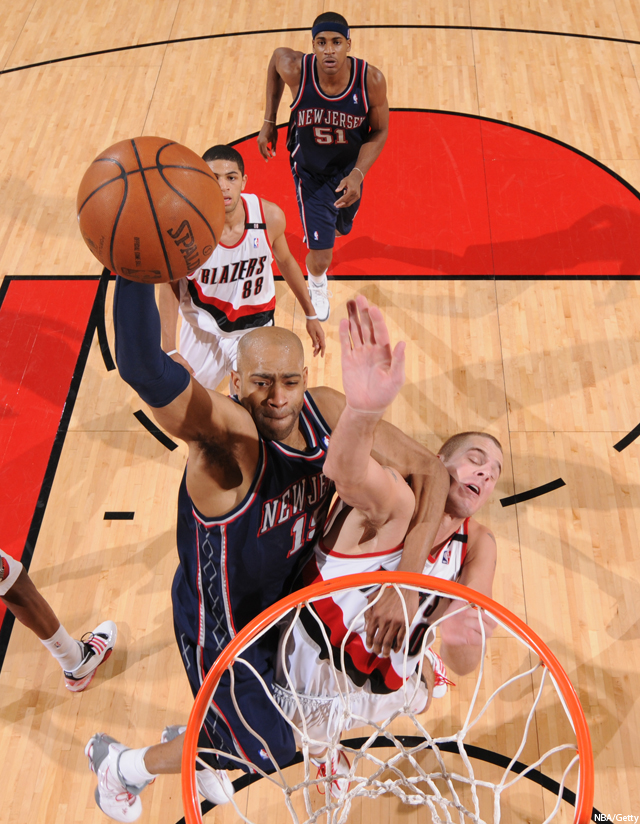 Vince Carter awoke in the hotel room suddenly, and for one terrifying minute he had no idea where he was. He picked up the phone, got an outside line, dialed the 416.

“Hello, Toronto Raptors, how may I help you?”

“This is going to sound strange, but who are we playing tonight?”

“The Raptors play the Pistons. Tickets are still available if you’re…”

“No, I don’t need tickets, I’m on the team. But if we’re playing at home tonight, why am I in a hotel room in… Um, hang on. Portland? My name is Vince Carter, and I’m on the tea—”

Carter got up, stretched. Went to the door, grabbed his complimentary copy of USA Today. Took a look at the front page and sat right back down. 2009?! How could this be? A few phone calls revealed the rest. Vince Carter was a Net. A jump shooter. A has-been. He tried to remember this, but the last thing he could recall was jumping over some French center at the 2000 Olympics and screaming his head off. Everything after that was a blank.

He rode the bus to the arena, went through shootaround, started the game, wondering where nine years could go. Then it happened: a drive to the basket, a big guy waiting. Ah.