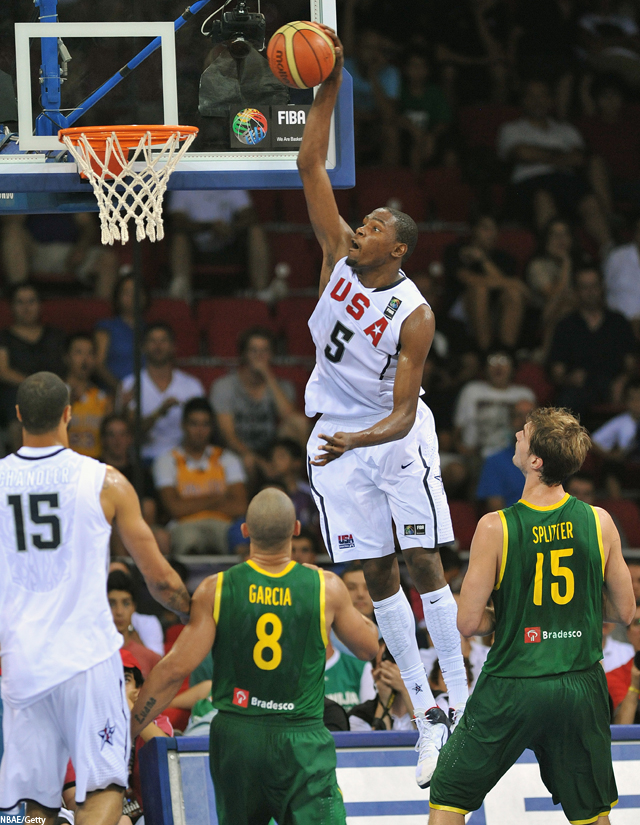 Kevin Durant walked into his suite and realized he wasn’t alone. They were just shapes in the darkness—two on the couch, one on the bed, another at the desk—but he spotted them immediately. Bald heads gleamed, earrings glittered, faces in shadows. But these were not Turks.

“Are you ready, young boy?” From one of the men on the couch. A gold tooth sparkled. “Grandmama’s been watching you.” He nudged the taller shape next to him. “Make it rain, young fella.” He leaned forward, whispered conspiratorially. “Just don’t grab your—you know.”

Then the bald man at the desk spoke. “Some of us never played for a World Championship, but that doesn’t mean it’s not important. You know that, right? We weren’t allowed to play in ’90, let the next generation handle things in ’94.” He laughed. “But then things fell off. You need to get us back. Are you ready for that? I’ve failed over and over and over again in my life, but I would never have failed at this.”

The shape on the bed shifted. Springs creaked. “I don’t know anything about the world,” he said in his Alabama twang. “But I know they’re in trouble.”