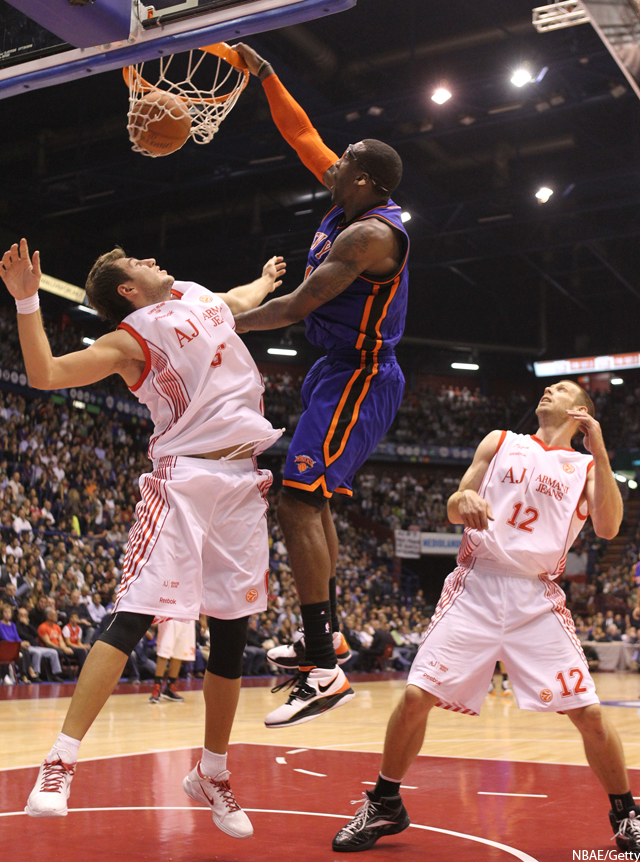 Once you get outside the urban center and suburban sprawl of Phoenix, AZ, the emptiness embraces you. Long, straight roads stretch out into the desert. In the wee hours of the morning, there are just the stars, a few lonely critters…and the powerful headlights of Amar’e Stoudemire’s Rolls-Royce Phantom as it speeds through the darkness.

It’s mid-June at 3 a.m., and he can’t sleep. His Suns have been eliminated once again, and heck, they’re not even his Suns anymore. His contract is up. What to do? Stay? Go? He clicks off the Ricky Rozay and rolls down the windows, letting the night air sweep through the big car.

What do I want from my career? Amar’e thinks. Become the best player ever? That’s already out of reach. Win Championships? Yeah, that would be nice, but there are so many variables that play into that. Become an All-NBA defender? Haha, just kidding.

Suddenly, it hits him. It’s so clear, so perfect, that he has to pull over. He sits in silence. I’m going to dunk on every professional basketball player in the world, he thinks. I don’t know how, but I’m going to do it.

He starts the car, turns it around. Hmmm, I wonder who opens their preseason in Europe? That would be a good start.