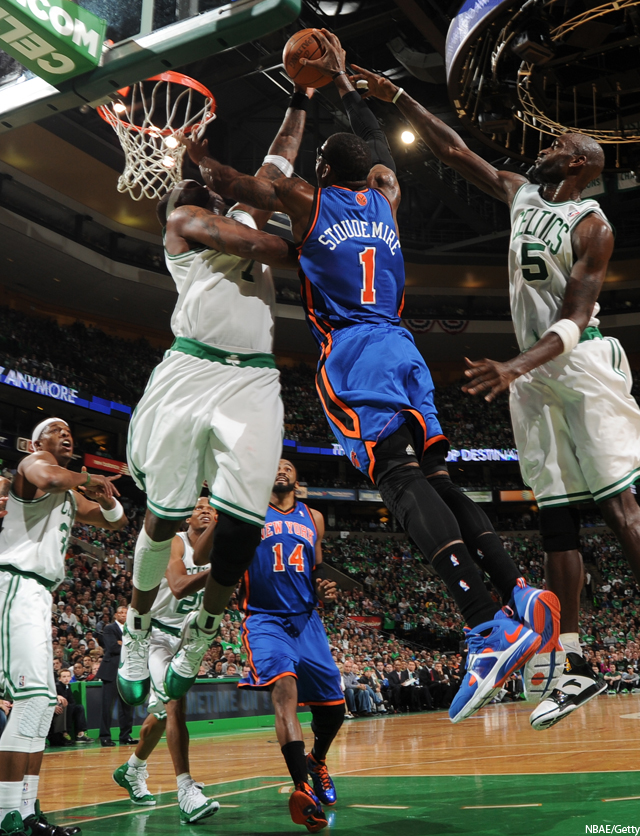 They grew up in the same state around the same time, were stars in their own right, but never really got to know one another. Kevin Garnett’s team was good, Jermaine O’Neal’s wasn’t and they were separated by a good chunk of SC. Garnett eventually moved to Chicago, neither went to college and the first time they’d face off was in the L.

A few years later, another kid, another state. FLA this time. Whatchall know about the Dirty South? Amare Stoudemire didn’t have the goggles or the apostrophe yet, and he went to a gang of high schools, but his aim was true. Seven years after KG paved the way, Amare walked the same road. All three went West, drafted to places far from home, postgrad work. Then they each worked their way Northeast—KG and J-O finally became teammates, Stoudemire got a team to call his own.

The three had met before, at All-Star Games and such, but rarely were all three on the same court at the same time. Such an event would be an excellent photo opportunity, three of the best straight-outta-high-school big men facing off against one another in the NBA Playoffs, all on that ultimate stage.

But only Amar’e will want to hang it on his wall.