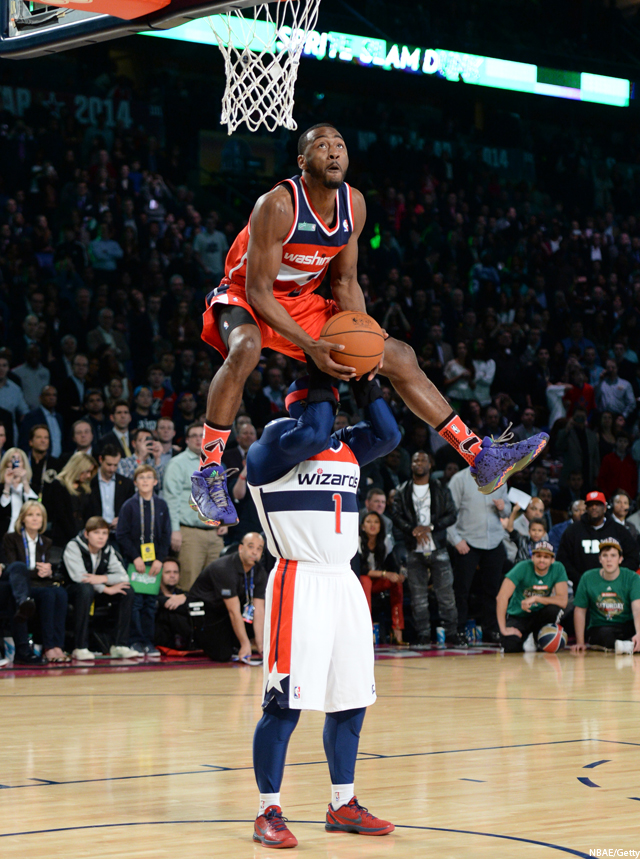 Let us forget for a moment that the Dunk Contest was judged based on a team format (please, no more of that), that Magic Johnson was one of the judges, that it was held at a place called “Smoothie King Center” and that John Wall effectively “won” the contest with one dunk that wasn’t even as good as the one that Paul George put down just a couple of dunks earlier. (“Won,” as in voted by the same fans who selected Kobe Bryant as a starter despite his having played just six games this season.) We come not to bury the Slam Dunk Contest—although we hesitate to proclaim it back. Again.

Instead, let us praise G-Man.

Not for just standing—heck, Dwight Howard did that, and he’s two feet taller than the lil’ guy, and Spud Webb did that and he’s 50. No, praise him for getting mascots involved in All-Star Weekend in a way that doesn’t involve t-shirt guns. If legends and WNBA players can compete, why not mascots? And while Pierre the Pelican recuperated from facial surgery, it was up to G-Man to represent. He did it well.

We just hope Gilbert Arenas was in the suit.